Questioned on Monday on alleged connection to illegal gutka business, cash and papers seized from his ‘confidants’; Sarathkumar grilled for over eight hours

CHENNAI: After spending over five hours with Income Tax officials on Monday following the massive search operations that the department had undertaken across the State, Tamil Nadu Health Minister C Vijaya Basker will have to undergo further grilling in the coming week.

Sources in the central agency said the minister had been asked to appear again, with relevant documents, in the coming week.

During the questioning that lasted over five hours, the minister was questioned about his alleged connection to illegal gutka business, and about the documents and unaccounted cash worth Rs 5 crore seized from his two persons believed to be his confidants and also from his native place during the searches across the State. However, he was evasive during the preliminary interrogation, sources added.

The Income Tax officials, who had claimed that Vijaya Basker has been on their radar for 8-9 months, alleged that he was operating gutka business without a licence, keeping the entire proceeds off the books. An illegal sand stackyard that the officials unearthed during the searches in his native Pudukkottai is also under the scanner.

Emerging from the meeting on Monday evening, Vijaya Basker initially avoided the media, before finally commenting that he had answered all questions posed by the officials.

The grilling of actor-turned-politician Sarathkumar was even longer, stretching for over eight hours.

Senior I-T officials alleged that he had received Rs 7 crore in return for offering support to the official faction of the ruling AIADMK for the by-poll at RK Nagar. The deputy general secretary of the faction, TTV Dhinakaran, is the candidate there.

“The investigation is not linked to the money trail over bribing of voters in RK Nagar. We are probing every aspect pertaining to tax evasion,” the official added.

Immediately after finishing the grilling of Health Minister C Vijaya Basker, Income Tax department officials carried out fresh raids in the city on Monday evening.  Sources said searches were conducted at some premises at Murugappa Chetty Street in Flower Bazaar where some persons linked to the minister were reportedly staying. No further details are available.

Former minister K Pandiarajan, now in the OPS faction, has moved the Madras High Court seeking advance bail. According to a complaint from Pandian, an election officer, during the campaign for the election for RK Nagar, Pandiarajan had replicated the funeral of the late CM, J Jayalalithaa, in a figurine with the National flag on her body. This amounted to bringing disrepute to the National Flag, he had alleged and the police had registered an FIR. Apprehending arrest, Pandiarajan moved the High Court seeking anticipatory bail. Similarly, S Geetha-lakshmi, V-C of TN Dr MGR Medical University, who also apprehended arrest following a notice issued by I-T sleuths, has sought advance bail. 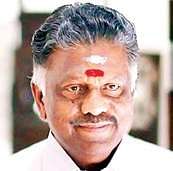 Supporters of ex-Chief Minister O Panneerselvam have been booked for using a replica of a coffin with late CM Jayalalithaa’s figurine and the national flag during the by-poll campaign.  On Thursday, former minister ‘Mafoi’ K Pandiarajan and other cadre in the OPS camp held a campaign at Korukkupet with the ‘coffin’. The rival AIADMK camp protested the action and a clash broke out between the camps. The replica was removed on intervention of the EC officials. Based on a complaint by the flying squad officer, ex-MLA Kuppan, now in OPS camp, was booked under IPC section 171f and under section 123 of the Representation of the People Act, 1951. It is not clear if Pandiarajan was also named in the FIR.

The announcement of the poll panel deferring the RK Nagar by-election has come as a shocker to the independent candidates though none of them has little chances to fancy for an upset win. Out of the total 62 contestants, 47 were independent. The irate independent candidates gathered before the office of the Returning Officer (RO) at Tondiarpet on Monday morning and staged a demonstration protesting against the decision of the Commission.

CHENNAI: The DMK announced that it would hold a protest meeting in RK Nagar Assembly segment on Wednesday. The party’s working president M K Stalin would address the meeting at AE Coil Street, New Washermanpet, urging action against TN Chief Minister and other ministers over the issue of bribing voters.

CHENNAI: After the Election Commission of India rescinded its notification for the bypoll at RK Nagar, the holiday that was announced for the polling day on April 12 has been withdrawn. A government order announcing this was issued by Chief Secretary Girija Vaidyanathan on Monday.

Now we are on Telegram too. Follow us for updates
TAGS
C Vijaya BaskerTamil Nadu Health Minister Income TaxraidInvestigation