Now, get Tatkal tickets in 50 seconds

Tatkal in Hindi stands for immediate. If you can do an operation just in 50 seconds, it would qualify for immediate, wouldn’t it? That’s how fast you can book a Tatkal railway ticket if you have the R

VELLORE: Tatkal in Hindi stands for immediate. If you can do an operation just in 50 seconds, it would qualify for immediate, wouldn’t it? That’s how fast you can book a Tatkal railway ticket if you have the Rail Connect app on your phone, the Paytm eWallet and high-speed Internet. The facility has been available since April 9. The flip side is this: if you are not tech-savvy, chances are you may not get a Tatkal ticket. Since the volume of Tatkal tickets available is low, early birds could eat up all the berths once they get to know the app-way is this simple. 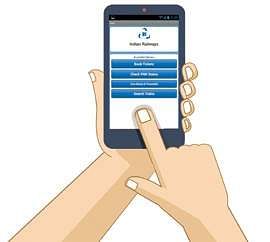 Though Rail Connect was launched on January 7, it was 10 days later that the first ticket was booked, that too for AC class. The railways has now quietly enabled commuters to use the app to book tickets for sleeper class as well. Previously, online Tatkal booking timings were between 10 am and 10.30 am for AC and from 11 am to 11.30 am for sleeper class. The restriction was meant to facilitate passengers who would prefer to do it the old-fashioned way, standing before booking counters for tickets. That cap is now off, so you can book your Tatkal ticket any time online.
“Booking Tatkal tickets is now possible in 50 seconds as you don’t have to fill any payment details if your app is pre-loaded with funds,” said IRCTC and Southern Railway sources.

Even as commuters can now book Tatkal railway tickets if they have the Rail Connect app on their smartphones, technology continues to draw flak. A railways passengers’ association alleged that the move would put the elderly and patients in hardship. It demanded a cap on tickets issued through the app.
“At a time when Tatkal tickets are in high demand and getting sold in a few minutes across India, the move is unwarranted and will only benefit smartphone and Internet companies,” says P Edward Jeni, secretary of the Kanyakumari district railway users’ association.
The app is also meant to help the railways cut cost. A railway source on condition of anonymity told Express that the staff at the booking counters would be scaled down over the next five years.

Now we are on Telegram too. Follow us for updates
TAGS
Tatkal ticketsPaytm eWallet