A week ago, Lieutenant Governor Kiran Bedi had claimed that she was not kept in the loop on the Puducherry government’s plans to purchase additional 51 per cent equity in ITDC Hotel Ashok.

PUDUCHERRY: Exactly a week ago, Lieutenant Governor Kiran Bedi had claimed that she was not kept in the loop on the Puducherry government’s plans to purchase additional 51 per cent equity in ITDC Hotel Ashok. Really? Documents accessed by Express reveal she was clued into it since June 2016, when the matter was initially taken up.

Citing ‘violation of rules of business’ for allegedly bypassing her, Bedi had said that she would inform the Union Home Ministry that she was not kept in the loop with regard to the ITDC equity deal.

Documents seen by Express, however, tell a different story. They show that the Lt Governor was kept informed right from time the government received a letter from the Ministry of Tourism in June last year on the disinvestment of Hotel Ashok shares. 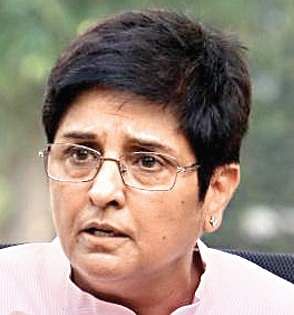 This was in the backdrop of the ministry’s decision to disinvest its shares in seven ITDC hotels in various States and give the respective State governments the first preference to purchase them.

Puducherry government, which already had 49 per cent equity in Hotel Ashok through the Pondicherry Industrial Promotion Development and Investment Corporation (PIPDIC), was asked to take a decision on the remaining 51 per cent.

On October 6, 2016, Chief Secretary Manoj Parida moved an inter-departmental note stating that the Puducherry government would like to purchase the entire equity in Hotel Ashok after the valuation of shares. Bedi responded saying since it was an important financial decision, the matter should be examined carefully and an appropriate decision be taken.

Two weeks later, a file was moved on October 25 containing the chief secretary’s letter to the Union ministry of tourism to go ahead with the valuation of the property, saying Chief Minister V Narayanasamy and Tourism Minister Malladi Krishna Rao were okay with it. The file also had Bedi’s remarks. She began by saying, “The information the Ministry of Tourism has been given consent to value/assess the properties of Pondicherry Ashok Hotel Corporation Ltd is taken note of.”

Bedi advised the State government to carefully examine the proposal by obtaining recommendations of an ‘appropriate expert body in the hospitality industry sector’, in view of past bad experiences in such takeovers. The industries department, being the administrative department of the PIPDIC, should be tasked with finding a suitable consultant to study the economic viability of the proposal, she concluded.

In March last, the Union tourism ministry pegged the value of Hotel Ashok at Rs 120 crore. And on April 18, a high-level meeting under the chairmanship of the chief minister with Malladi Krishna Rao, industries minister M O H F Shajahan, Parida and secretaries of tourism and industries departments discussed the matter.

Three options were reportedly discussed: call an open tender and get an upfront payment from some investor by allowing the investor to run the hotel on contract basis; get funds from the Centre to run it; and examine the route other States were taking on the ITDC properties. It was also decided to appoint the industries secretary as the nodal officer for pursuing the matter.

A day later, on seeing media reports on the meeting, the Lt Governor exploded. Was it a case of amnesia?