Madras High Court pushes for import of M-Sand while imposing a blank ban on mining river sand after six months; State govt has to choose between saving the ecology and losing its cash cow, as sand min

MADURAI: Every source from which man has increased his power on earth has been used to diminish the prospects of his successors. All his progress is being made at the expense of damage to the environment which he cannot repair and cannot foresee.” That was American psychologist B F Skinner’s quote cited by the Supreme Court to drive home the point that the level of ecological imbalance and the consequent environmental damage in India is so alarming that unless immediate, determined and effective steps are taken, it might become irreversible. It made the point in multiple verdicts.

Last week, a Madras High Court bench in Madurai imposed a blanket ban on mining of river sand within six months in the State and pushed it to go for Manufactured Sand (M-Sand), an alternative construction material, instead. The 13 directions issued by the court largely stress on the import of M-Sand.

Although several petitions seeking a ban on sand mining on river banks across the State were filed and stood pending before the High Court, this was the first time the court came down on the government like a ton of bricks on widespread and illegal sand mining.

According to the Rule 38 A, B and C of the Tamil Nadu Minor Mineral Concession Rules, 1959, private quarrying operations are completely prohibited in the State and the government is empowered only to prohibit the illegal transportation of sand quarried in the State. In the case of imported sand, the State government doesn’t have a jurisdiction.

The import policy of natural sand is subjected to Plant Quarantine (Regulation of Import into India) Order, 2003, wherein it is clearly stated that the sand may not be allowed in any form without a Phytosanitary Certificate or an import permit.

The reason for the State government’s hesitation in allowing the import is because the sand quarries earns a whopping `15,000 crore per year as revenue to the State. Given the rampant illegal sand mining prevalent in the State, it is high time to encourage the import of sand. The State must not interfere citing
the absence of rules to deal with imported sand.

A LEASE OF LIFE FOR RIVERS

The significance of the sand ban goes beyond the issue of illegal mining. It is important in terms of impact on the environment, the need to preserve ecological balance, the duty of the State, public interest and well being. It goes without saying that preservation of the environment and ecology by adopting the principles of sustained development will rejuvenate the rivers, which are the lifeline for agricultural activities in the State.

Unfortunately, the flow of major rivers has predominately been affected by the instability of their sand and gravel bed due to the intensive mining in the State.

In order to regularise sand import and to make up for the loss incurred by the State, the court directed the government to enable the importers to produce all import-related documents and maintain proper records on the quantity imported, sold, in stock as well as other necessary particulars before the Mines and Commercial Taxes Departments, respectively.

The court also paved the way for the government to import river sand via an existing or newly-created State-owned corporation. The imported sand must be tested before it is cleared if a Quality Certificate is not produced by the importer. For this purpose, scientific testing methods could be utilised.
While the State can file an appeal against the blanket ban, can it undo the ecological damage done by sand mining so far? 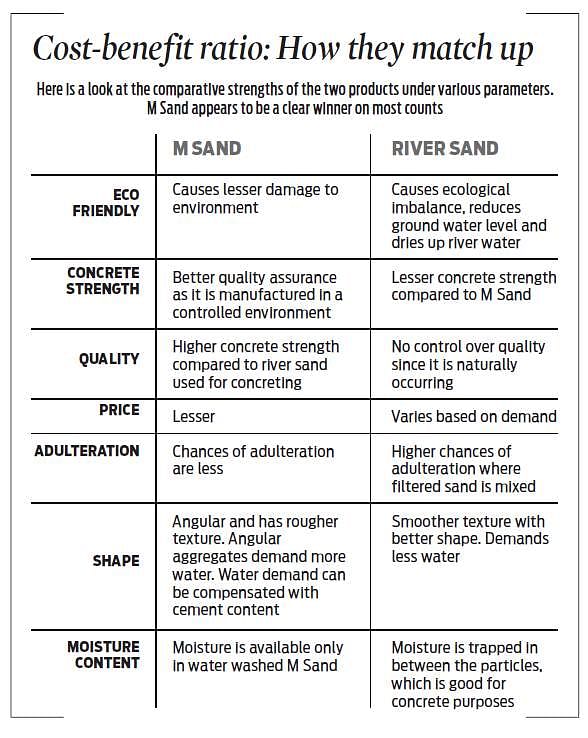 Stay up to date on all the latest Tamil Nadu news with The New Indian Express App. Download now
(Get the news that matters from New Indian Express on WhatsApp. Click this link and hit 'Click to Subscribe'. Follow the instructions after that.)
TAGS
madurai tamil nadu madras high court blanket ban environment