KANNIYAKUMARI: A total of 357 fishermen, including 71 from Tamil Nadu, stranded in sea due to Cyclone Ockhi were rescued, Defence Minister Nirmala Sitharaman said on Sunday. A photograph on her official Twitter handle showed her inside a helicopter reviewing the search and rescue operations in Kanniyakumari. “An update on the search and rescue efforts being done by the Indian Navy, Coast Guard and Air Force to save the lives of fishermen affected by #CycloneOckhi: 357 fishermen have been saved as of 10 am today,” she wrote on Twitter. 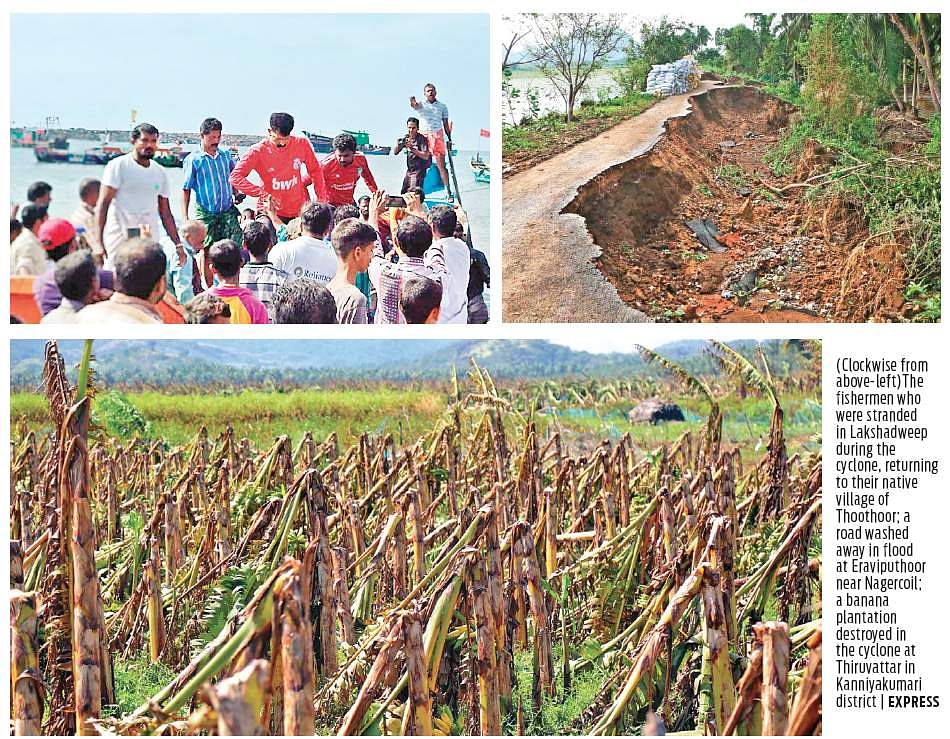 On her arrival in the worst-hit Kanniyakumari district by helicopter from Thiruvananthapuram, Sitharaman held discussions with Deputy Chief Minister O Panneerselvam, ministers and officials.
Sitharaman was received by senior officials and others, including State BJP president Tamilisai Soundararajan.

She is slated to visit areas, including Nagercoil, Neerodi and Sucheendram, besides holding discussions with local fishing group, a defence public relations officer said.

Addressing him, the Union Minister promised to take steps to open the centre as soon as possible and also handed over the list of missing fishermen with their location to the Indian Coastal Guard. 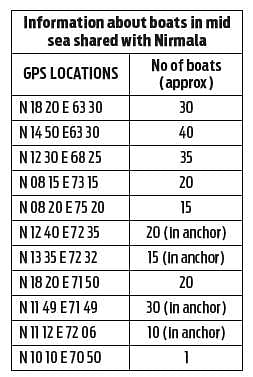