The process to prepare a new master plan for Coimbatore began in 2014 as the old master plan had limitations.

CHENNAI: The process to prepare a new master plan for Coimbatore began in 2014 as the old master plan had limitations. This was because many villages around the city were not included in the preview of the master plan. 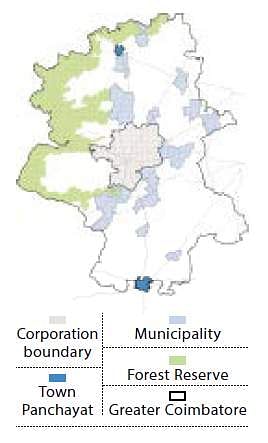 The Master Plan envisages creation of a compact city to achieve sustainable development. Transit-Oriented Development (TOD) is proposed along the major corridors, which will emphasise movement through public transport. The draft focuses on protecting rural livelihoods and catering to the needs of the population by providing agricultural zones.

The proposed Master Plan for Coimbatore ensures development in harmony with the environment. Proper zoning for segregation of residential, commercial and industrial areas with buffer zones between these land uses has been provided.

Existing major corridors and proposed corridor will have a green buffer so as to protect the residential area from pollution.

Clustering of industries has been given priority based on the type of waste generation. Decentralised and specialised treatment plants are being proposed.