CHENNAI: Chief Minister Edappadi K Palaniswami on Saturday renewed his appeal to Prime Minister Narendra Modi to stop the efforts of the Union Ministry of Steel and the Steel Authority of India Limited to privatise Salem Steel Plant, a public sector undertaking. 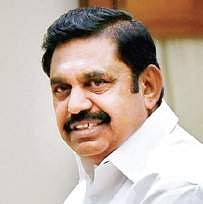 “Public sector undertakings are capable of performing better provided they are given the right support and direction in a dynamic economic scenario. The reasons for the Salem Steel Plant’s recent losses must be studied thoroughly and it must be given a chance to improve its efficiency to make a turnaround.  If that is done, I am sure that the Salem Steel Plant will certainly transform once again into a profit-making PSU,” the CM said in his letter to the Prime Minister.

In this connection, Palaniswami recalled his earlier letter dated April 26. Pointing out that the Salem Steel Plant had over the years acquired global reputation for its high quality steel and is an iconic symbol for the State and the people of Tamil Nadu, the Chief Minister said, “We have a deep sense of pride and attachment to this public sector plant. The State had acquired about 15.5 sq km of land in nine villages four decades ago in the foothills of Kanjamalai. It was possible to undertake such extensive land acquisition mainly because of the public sector character of the plant.”

Stating that the Salem Steel Plant provides employment to about 2,000 people and many ancillary and subsidiary units also depend on it, he said the financial condition of the plant had improved in the financial year 2016-17 in comparison to 2015-16.

Further, the State government had supported the expansion project costing `2,005 crore of the plant with a structured package of incentives in the form of soft loan, capital subsidy, electricity tax exemption and environmental protection subsidy.