About four months after the shock suicide of medical-seat aspirant S Anitha, who failed to make it because of her poor NEET (National Eligibility-cum-Entrance Examination) score, her family accepted C

ARIYALUR: About four months after the shock suicide of medical-seat aspirant S Anitha, who failed to make it because of her poor NEET (National Eligibility-cum-Entrance Examination) score, her family accepted Chief Minister Edappadi K Palaniswami’s offer of compensation and a government job for her sibling. 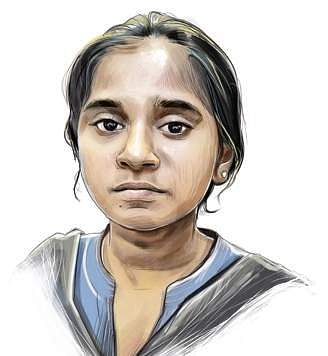 Academically bright, Anitha’s case symptomised all that was wrong with NEET and became the focal point of the State’s campaign against the common entrance test. Since NEET killed her dream, her parents had earlier refused to accept government doles, pressing instead for a NEET rollback.

On Thursday, Palaniswami handed over an order to her brother S Sathishkumar appointing him as a junior assistant in Tamil Nadu Medicinal Plant Farms and Herbal Medicine Corporation.

“Since I still aspire to take a shot at joining the civil services, we decided to let Sathish take the job. The CM also gave us `7 lakh relief,” informed Manirathnam (28), who has done his MBA and is the eldest sibling. Sathish (25) completed his masters in commerce and was employed in a private microfinance company near Ariyalur. The family has decided to use the `7 lakh relief to set up a library in their village.

“We are planning to set up a library in our Kuzhumur village in Ariyalur at a cost of `15 lakh for students and medical aspirants from the weaker sections of society. That is one of the reasons we didn’t mind accepting the relief, which we earlier refused,” said Manirathnam.

Anitha has four brothers. Her third and fourth brothers, Pandiyan (23) and Arun (21), are studying civil engineering in Tiruchy and mechanical engineering in Ariyalur, respectively. Her father Shanmugam (53) works as a loadman at Gandhi Market in Tiruchy.

The library, to be set up at a cost of J15 lakh, will be for students from weaker sections of society, said Anitha’s brother