The order came after the court heard a batch of petitions including PILs seeking directions to remove the seemai karuvelam trees claiming that they are harmful to the agriculture and environment.

MADURAI: The Madurai Bench of the Madras High Court, on Monday, directed the State government to bring an Act with Prohibitory and Penal clauses to eradicate seemai karuvelam (Prosopis Juliflora) trees within two months.

The court has extended the deadline by 15 days to the Collectors of all the 32 districts in the State to root out the hazardous species.

The order came after the court heard a batch of petitions including Public Interest Litigations seeking directions to remove the seemai karuvelam trees claiming that they are harmful to the agriculture and environment.

When the petitions were heard on Monday, MDMK leader Vaiko, who was one of the petitioners, submitted a fresh affidavit by impleading 741 central and state government officials of 19 northern and western districts. The authorities of the remaining 13 districts were already impleaded as respondents in the case.

Vaiko said that he visited Ramanathapuram and Sivaganga districts and that according to his understanding only about 10 per cent of the trees have been removed.

The Special Government Pleader contended that the performance was better in Thoothukudi and Tirunelveli districts, and that the other districts will complete the eradication as soon as possible. The court should provide them more time, he said.

Vaiko further said that one Prema of Aralvaimozhi in Kanniyakumari district had lost her life when her hut was set ablaze as a fallout of a fire accident in the seemai karuvelam woods near her residence and that her 10-year-old son has been suffering since. “The government should be directed to provide adequate compensation to the child,” he cried.

A division bench of Justices A Selvam and P Kalaiyarasan directed the former MP to file a separate affidavit.

Directing the government to introduce the Act, the Bench warned that the HC judges, who inspected three districts, will continue their surprise inspection. The collectors were asked to clear the species within 15 days. The Principal District Judges (PDJ) and Advocate Commissioners should inspect and submit their reports on March 20, the Bench ruled. 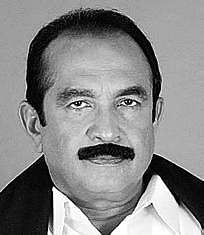 Chennai: The direction of the Madurai bench of Madras High Court to the State government to enact a special legislation within two months to remove seemai karuvelam across Tamil Nadu has understandably left one man particularly happy – MDMK leader Vaiko, who has been on a legal fight to remove the invasive shrub.

Since the beginning the fight in September 2015, Vaiko had obtained many interim orders that finally culminated in the present direction from the High Court. However, he is now anxious about getting the direction implemented at the earliest. “The State government should take up this work on a war footing. Because, even if the work is done on a war footing, it will take months to eliminate this evil shrub,” Vaiko told Express.

The MDMK chief, whose crusade was acknowledged by the court on Monday, appealed to the youth particularly students to come forward during the ensuing school holidays to volunteer for this work.

“Tamil Nadu, that has been caught in a legal tangle with neighbours on inter-State water disputes, should ensure that our groundwater table does not get depleted by seemai karuvelam. The next important step should be to stop the illegal sand mining. The sandbeds in the rivers are like the udder of the cow which gives milk. We have just exploited it to the dangerous level; it is time we put an end to it,” Vaiko pointed out.