er cutting his teeth in the heartland of Tamil Nadu, dealing with not only murders and robberies but also complex caste equations that often threaten to spiral

CHENNAI: After cutting his teeth in the heartland of Tamil Nadu, dealing with not only murders and robberies but also complex caste equations that often threaten to spiral into serious situations, threatening to disrupt law and order, the senior IPS officer Asra Garg is heading to join the CBI from the New Year.

As a young IPS officer fresh out of training, Garg joined the Tamil Nadu police in the south, a region that is a challenge for the law and order machinery with its large number of serious crimes including murders and caste atrocities.

Garg made his name in Tirunelveli, where with his senior and mentor, M Kannappan, the district police began cracking down on gangs that operated across the State. Communal elements were also kept under a close check, ensuring that caste clashes that the district was infamous for did not threaten public order. 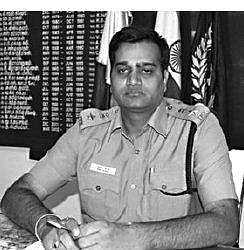 His next innings was in Madurai as the superintendent of police. Garg had to face the same issues, with the addition of political interference. However, the officer stood stern, refusing to budge even when facing the wrath of some of the most powerful politicians. It was during his stint that some of the notorious persons like SR Gopi, once a close associate of MK Alagiri, faced strict police action after an accident case was found to be murder.

Investigation into another such case that was found to be a murder also helped the police crack the tiffin bomb case in Madurai.

In a region that had witnessed blatant violations including money and muscle power during elections, the district police became normal after he was posted as SP by the Election Commission. This brought special compliments from the then Chief Election Commissioner.

Garg also ensured the peaceful conduct of panchayat polls in Keeripatti and Pappapatti villages, where conducting elections had become a challenge after caste Hindus opposed it being reserved for the SC community.

Under him, the police acted against land grabbers and broke their nexus even before a separate wing was created at the State level for this.
Later, the first conviction in the State was obtained by Anti Land Grabbing Special Cell, Dharmapuri when he was the SP.

Communal tensions were an issue that Garg paid special attention to. Even as the situation was controlled with an iron hand without allowing the powerful castes to commit atrocities against Dalits, Garg also spoke to all including the dominant castes in search of lasting peace. Ensuring the entry of Dalit devotees into the temple at Uthapuram in Madurai was one such success.

But policing was not always a matter of wielding the iron hand. He urged his team to be empathetic and effective while dealing with public grievances.

Garg was also innovative in dealing with crimes. One such instance was the release of a woman who murdered her husband. During the probe, police found out that the man was killed when he attempted to rape their daughter. Following this, Garg ordered her release under section 100 of the IPC, holding that the woman, Usha Rani, acted in self defence. This brought national attention on the case as an instance of law being not blind after all.

During his stint in Dharmapuri district, among the most backward in Tamil Nadu, he also paid close attention to reducing female foeticide and infanticide.
Garg, who has been serving as the AIG (administration), was awarded the Chief Minister’s medal for excellence in public service for 2015.