When even MGR couldn’t overcome magic of Two Leaves symbol

The factions of AIADMK are making a desperate attempt to capture the name, flag, and more importantly, the symbol.

COIMBATORE: The fraternal feud in AIADMK has entered the last and most crucial phase. The factions are making a desperate attempt to capture the name, flag, and more importantly, the symbol. The last-ditch effort by Chief Minister Edappadi K Palaniswami and Deputy Chief Minister O Panneerselvam on the one side and ousted deputy general secretary TTV Dhinakaran on the other, is understandable.

For, even party founder MG Ramachandran, who transformed his on-screen charisma into actual vote bank, could not ensure the victory of his candidate after another partyman got the symbol due to an internal mix-up five decades ago. That too after the latter stayed away from campaigning as directed by an angry MGR. 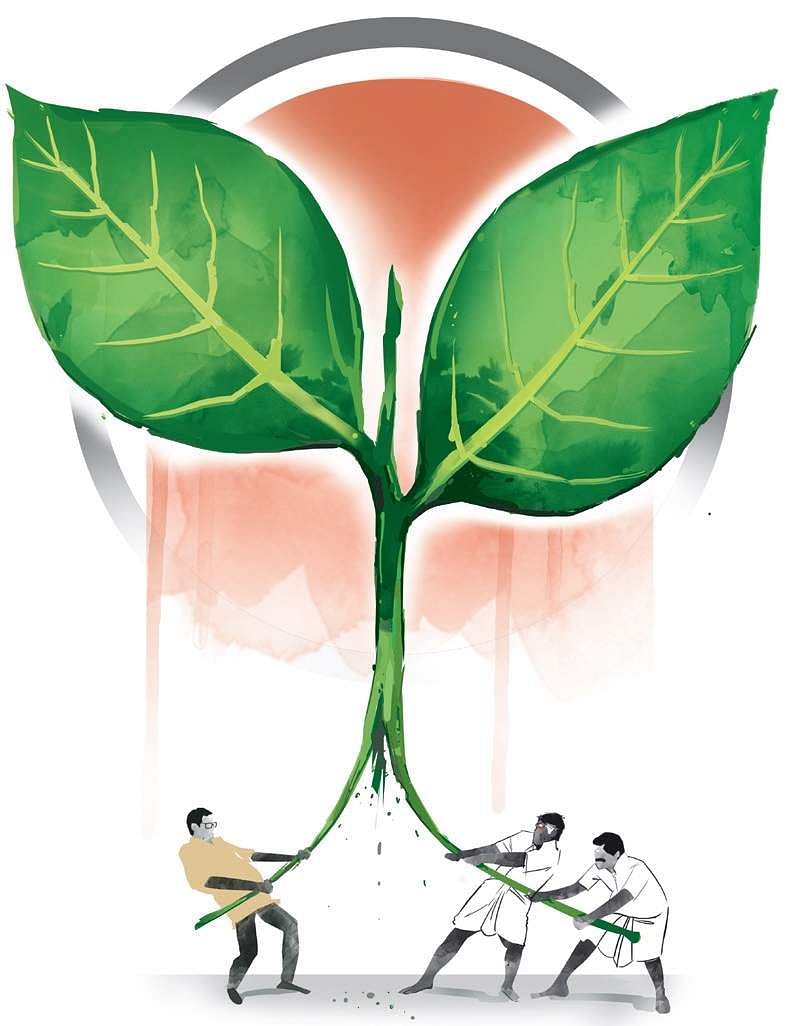 It was in 1977, the year when the AIADMK was gearing up for its first State Assembly election. Ahead of nominations, in the morning dailies, R Ayyachamy was announced as the party’s candidate for Dharapuram constituency, then in Erode district. Hours later, however, when the evening papers hit the stands, RK Balakrishnan was declared as the candidate as per party general secretary MGR’s direction.
Even after this, Ayyachamy managed to obtain the authorisation letter from the party, using which he filed nomination as the AIADMK candidate. Balakrishnan, too, entered the field, but without the authorisation, he was considered as an independent candidate.

“My father had the support of MGR, who had instructed the party cadre to ensure that he won the election. But there were very few who backed him. If I remember my father’s words right, Ayyachamy did not even campaign for himself in that election,” Balakrishnan’s son RKB Kutty alias Karupanasamy told Express.
Recalling the strange episode, Ayyachamy said he won without even campaigning, despite opposition from MGR, only because of the Two Leaves symbol. It was the local party cadre who asked him to file nomination as the party candidate. After his name was announced, a party functionary told him Thalaivar (MGR) had asked him to meet him in Madurai during a party conference.

However, Aruchamy, a local functionary asked him not to meet MGR and said that he would have a word with the leader. “After the Madurai conference, Thalaivar passed a message through party men, insisting not to campaign for the election in order to ensure Balakrishnan’s victory. So with due respect to his word, I did not campaign,” Ayyachamy said.

Irked over the issue, MGR stayed away from Dharapuram during his campaign tour. As results came, Ayyachamy emerged the winner, defeating Congress candidate AK Shivalingam by 2,682 votes. Balakrishnan, MGR’s own candidate, was not even in the reckoning. “I won the election only because of the Two Leaves symbol. It was the time when anyone who contested on the symbol could win,” Ayyachamy added.
If MGR himself could not get his candidate to win against the Two Leaves symbol, it is understandable that the present claimants are desperate. It is the trump card in a party missing its mascot.

Now we are on Telegram too. Follow us for updates
TAGS
AIADMK Two leaves symbol