The districtwise rainfall forecast was developed by the Agro Climate Research Centre of the TNAU based on the Southern Oscillation Index and Sea Surface Temperature Values of the Pacific and Indian Oceans using the Australian Rainman International V.4.3 software.

There would be normal rainfall in 84 per cent of the State this monsoon season. For the normal rainfall forecast districts, TNAU suggested that existing agro technologies, along with weather-based agro advisories and normal cropping pattern, be followed. For the five anticipated deficit rainfall districts, the TNAU suggested that with the available irrigation facilities, short-duration and less water intensive crops could be raised. 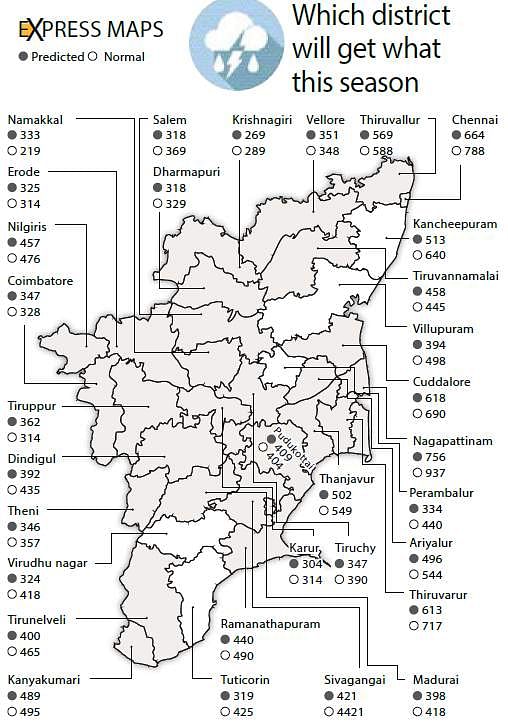 Now we are on Telegram too. Follow us for updates
TAGS
northeast monsoon Tamil Nadu Tamil Nadu Agricultural University