Road accidents in the State have reduced by 3,899, while deaths have come down by 319 during January-August of this year, compared to the corresponding period in 2016, a release from the Transport Dep

CHENNAI: Road accidents in the State have reduced by 3,899, while deaths have come down by 319 during January-August of this year, compared to the corresponding period in 2016, a release from the Transport Department issued on Friday, stated. 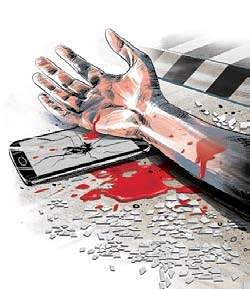 This downward trend assumes significance, as Tamil Nadu has been leading the nationwide charts in terms of road accidents for the last few years. As per the National Crime Record Bureau, Tamil Nadu recorded 71,431 accidents during 2016. The State also witnessed the second highest fatality cases (17,218).
It was with the intention to bring down the accidents that the State brought out a road safety policy in 2007. It was the first State in the country to formulate such a policy. The subsequent years, however, saw a steady increase in deaths and accidents.

In the last few months this year, the Transport Department initiated several steps like making it mandatory to carry original driving licences, strict enforcement of the helmet rule and cracking down on drink driving and overloading.

A senior official in the department told Express that the reduction of accidents and deaths, recorded for the first time, was due to collective action by the traffic police, regional transport offices and other authorities concerned.

“We are now committed to reducing road accidents and deaths by 50 per cent by 2020, as compared to 2010 figures,” said the official.
He added the officials would continue to focus on two-wheelers as they are mostly involved in accidents. In 2010, TN recorded a total of 64,996 accidents and 15,409 deaths.