The police were trying to implicate innocents, claimed the locals, who recounted a feud the victim family had with a caste Hindu resident of an adjacent village.

VILLUPURAM: A day after a 10-year-old was beaten to death and his 14-year-old sister and mother left barely alive in an attack that happened in the dead of the night at their home in a Dalit settlement, the police detained five Dalits, much to the dissatisfaction of the locals.

The police were trying to implicate innocents, claimed the locals, who recounted a feud the victim family had with a caste Hindu resident of an adjacent village. While the police refuted such claims and insisted that the probe was honest, a Dalit-centric NGO backed the locals’ claim, adding to the accusation that the police were only trying to close the case fast.

With no senior official visiting the village even after such a heinous crime, the fears of the locals seemed to be based on solid ground.

The case of the victims is no different from that of lakhs of impoverished people in the State – a big family, with each member suffering and persevering through their life to drag the family into the middle class echelons. 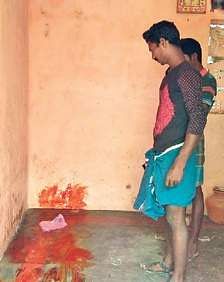 The 45-year-old widow, Nalini (name changed) was the mother of six. The four elder children were working - three boys were labourers in Bengaluru and the girl worked in a textile mill in Tirupur. The mother stayed in Vellamputhur, in a government-built free house, looking after the school-going children.

Early on Thursday morning, the 14-year-old daughter of their neighbour reached Nalini’s house. She was Latha’s friend. The girl heard moans and struggled breathing, opened the front door and saw that the hall was a picture of blood and gore. The girl ran back and her mother – Suganthi (38) – had fetched help within no time.

The men had rushed in, to find the boy dead. The mother and the girl were found nearby, barely alive. The girl was found in a state of undress leading to the suspicion that she was raped. She had multiple injuries –- the worst being that she needed 12 stitches to her private parts.Vijayakumar (19), the third son of the family, expressed discontent in the way the police were handling the case. While the entire settlement pointed fingers at a caste Hindu landlord, who had an ongoing land tussle with the family, the police have detained  five Dalits.

“We, the grown men of the family, were staying far away because the other men in the settlement were there to help my mother and sister. Now, the police have detained  the very men who were helping them against the landlord. The police haven’t even conducted inquiries with those we suspect, though we have told them in detail about the conflict,” said Vijayakumar. 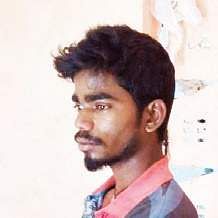 The siblings all recall how the issue with a caste Hindu resident of the neighbouring T Devanur began. Their father, Elumalai, owned a 14-cent plot, which lay close to the caste Hindu man’s land. The man in turn owned a five-cent plot near the house where the crime occurred. Years before Elumalai’s death, the caste Hindu man had given him an offer - to exchange the 14-cent plot for the five-cent plot which lay close to their house. In addition, they would be given a sum of Rs 30,000.

As this did not measure up as an equal exchange, Elumalai refused the offer. This had led to a feud and after the father’s death, the caste Hindu man had harassed the family, saying they were ‘encroaching his land’.

The entire settlement, especially the women, has been in a state of restlessness after the incident. “It is as if our pain does not matter,” raged a woman. “We are a minority and the residents of T Devanur are all caste Hindus. We have to go there for all our needs and the men there - even the youth - tease and berate our women,” she added.

Now we are on Telegram too. Follow us for updates
TAGS
Villupuram rape violence against dalits caste conflict murder in Tamil Nadu