Let the others shout, we will work silently: Rajinikanth

Asked as to whether Kamal was continuing his journey in another direction, Rajinikanth said, 'Even though we both are travelling different paths, the destination is the same – serving the people.'

CHENNAI: Days after actor Kamal Haasan launched his political party, leader of Gandhiya Makkal Iyakkam Thamizharuvi Manian announced on Friday that a big public meeting would be held in Coimbatore on May 20, wherein Rajinikanth would be projected as the chief ministerial candidate for the next Assembly elections. Rajinikanth has often been consulting with Manian over his political plans. 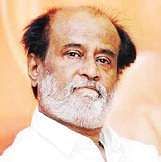 A statement from the office of Manian said that on August 20 last, he (Manian) had organised a public meeting in Tiruchy on the need for Rajinikanth’s entry into politics. The executive committee of Gandhiya Makkal Iyakkam has now decided to organise a similar public meeting on May 20 at Codissia complex in Coimbatore to declare Rajinikanth as the chief ministerial  candidate.Meanwhile, the actor met his fans from Tirunelveli at Raghavendra Mandapam, where selection of office-bearers for Rajiini Makkal Mandram was on.

Later, while meeting the reporters, the actor hailed his friend Kamal for organising a public meeting to launch his political party in an excellent manner. “I had conveyed my congratulations to him. After witnessing the public meeting in Madurai, I wish to greet him again.”When a reporter sought his view on Kamal’s Makkal Needhi Maiam, he said “Definitely, it will be a good initiative. Kamal is a very efficient person. I hope he will earn the support of the people.”

Asked as to whether Kamal was continuing his journey in another direction, Rajinikanth said, “Even though we both are travelling different paths, the destination is the same – serving the people.”
Addressing Makkal Mandram office-bearers, Rajinikanth said, “People say there are many developments, but our Mandram is keeping silent. Let others make noise and we will carry out our work in a silent way. The reason for the success of many political parties is that their foundation is very strong. Our party will be a 32-storey building (referring to 32 districts) and the foundation should be very strong.”

More from Tamil Nadu.
Now we are on Telegram too. Follow us for updates
TAGS
Rajinikanth Kamal Haasan Makkal Needhi Maiam