ARIYALUR: At a time when private hospitals are preferred over government hospitals, the highest-ranking official in the district, Collector G Lakshmipriya, in a welcome development, underwent surgery at the general hospital on Monday. She underwent a laparoscopic appendectomy . 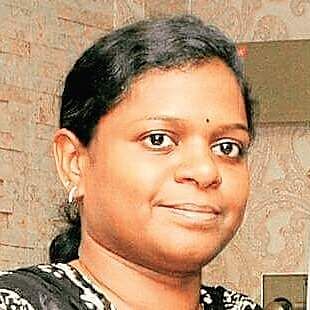 “The collector visited our hospital with a complaint about abdominal pain on Sunday evening. We took a scan on Monday morning and diagnosed that she had appendicitis,”said Dr R Ramesh, the Chief Medical Officer in Ariyalur general hospital.

The Collector went through the laparoscopy surgery on Monday between 7 to 8 pm. A five-member team consisting of two laparoscopists, M Gunasekharan, and E Bharath, a general surgeon R Arivuselvan, and two senior anesthesiologists, T Rajesh Khanna and K Hemalatha performed the surgery.

Lakhsmipriya’s decision to undergo surgery in a government hospital has motivated other government health officials and also the public. The doctors stated that the collector is recovering fast and is now walking.