The other reasons for this success are also attributed to good infrastructure even in the district’s government schools, with a strong student: teacher ratio of 28:1, as well as the importance given by the region’s communities to education. Focused programmes to address child labour in the district have also been attributed as reasons for the success.

He said that it was Kamaraj’s noon meal scheme that helped address child labour, in the district. “The teachers native to the district tell their colleagues about ‘Kamaraj sentiment’ as a motivational tool,” said M Ganesan, HM of the Sowdambigai Higher Secondary School at Virudhunagar.

Collector A Sivagnanam noted that for any development infrastructure facility is essential. At this point district government schools and aided schools were on par with private schools and fully equipped with all the facilities like library, study materials, labs equal to that of the private schools. He further said that while the student:teacher ratio should be 40:1, the district had an enviable ratio of 28:1. Ganesan attested to this. 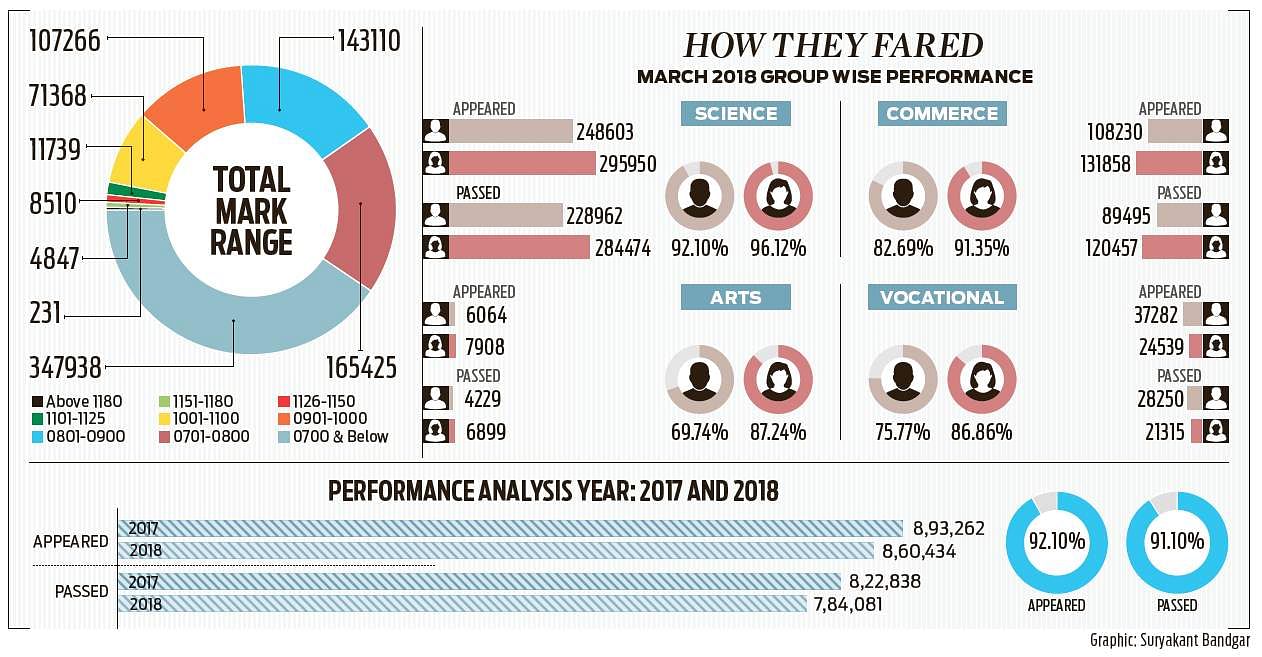 Community involvement Virudhunagar, referred to as ‘Kandhaga Boomi’ because of its hot climate, does support agriculture. This has left people dependent on match, fireworks and printing industries for livelihood. As other opportunities are limited, people are forced to migrate and education is seen as an advantage in  this, motivating families to send their children to school.  Mohan said that the first HM of KVS paid teachers’ salaries by collecting rice from every house in the community and selling it.

Child labour is a serious concern in Virudhunagar district, with children employed in agriculture, match and firework industries. The Chief Educational Officer R Swaminathan said 21 special training centres functioning under the National Child Labour Project in the district worked to prevent student drop outs. “The teachers, officials had the desire to retain the first position. Schools work even on Saturdays to coach students. We never fail any students in Class 9,” he said.

1,093 reasons to smile for this ex-labourer
Coimbatore: Dreams of rescued child labourers just got one step closer as seven of eight children rehabilitated into the school system cleared the class XII board exams. Incidentally, one of them – the one with the highest score – aims to be a doctor. S Dharaneetharan had once been a major contributor to his family’s income. This year, he makes his parents proud by graduating from higher secondary school with a score of 1093. Dharaneetharan has secured highest marks among the other seven former child labourer and make proud to their parents. Dharaneetharan whose ambition to become doctor appeared for the recently-held NEET. “My parents have engaged me in helping work in knitwear company in Tirupur for a monthly salary of `3,000 by discontinuing class sixth since we were unable to meet our regular family expenses. I really thank the officials who have rescued and helped continuing education,” said Dharaneetharan.

62 prisoners clear Class XII hurdle
Chennai: Out of the 73 prisoners who wrote the Plus-Two exams, 62 passed after the results were declared by the Education Department on Wednesday.  According to a statement from the prisons department, Tamilalagan, a life convict at the Coimbatore jail, scored the first mark by scoring 1,050 out of 1,200. Another life convict Koozhai Ibrahim in Puzhal scored 1,005 marks. Of the 73 inmates, six women prisoners appeared for the exam and four of them passed. Three of the four central prison inmates who wrote the Plus Two examination passed with flying colours. Life convicts and remand prisoners are eligible to appear for the public examinations. Around four inmates appeared for the examination at the Puzhal Central Prison I this year. “Three candidates cleared the examination, while one failed in one subject. Manigandan was the topper of the batch scoring 877 marks,” said prison officials.