Once the hospital authorities informed him of the time they would bring in the body, his work would be to ensure that an eight-foot-deep grave is kept ready.

CHENNAI: Last Tamil New Year, Sundar (name changed) was at his hometown of Madurai, with his wife and two sons, having a seven-dish-spread at his parents’ house. On Tuesday, he was on duty at one of the new COVID-19 sample testing centres set up by the city corporation.

This is not all that has changed for this 45-year-old sanitary officer of the Chennai Corporation. He has already overseen the burial of two of the five COVID-19 deaths in Chennai. From supervising conservancy operations in the city until just a month ago, his role has changed like never before.

“I was present at the burial of two patients who died due to COVID-19 in the city. I don’t think any other staff can make such a claim (dubious distinction),” Sundar says. In both the cases he supervised so far, the bodies were buried and not cremated, owing to religious reasons. 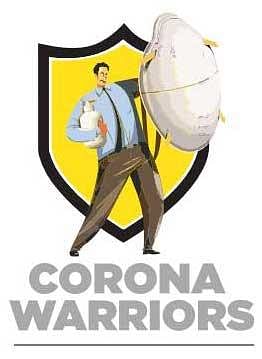 “The first time, I was not only scared but also nervous because I wanted to get all disinfection procedures right since we don’t know how it may affect those working around the area. The second time, I was more confident of what I had to do,” Sundar says.

Once the hospital authorities informed him of the time they would bring in the body, his work would be to ensure that an eight-foot-deep grave is kept ready.

The grave will be generously sprinkled with disinfectants. Once the hospital staff and grave-diggers lower the body, another layer of bleaching powder is sprinkled. By the time the grave is closed fully, three layers of disinfection is done followed by a final sprinkling of bleach once the formalities are complete.

“I stand at a distance of 15-20 metres where I’m sometimes joined by the victim’s relatives. But, I try not to talk to them much because this may be a fragile time for them,” he says.

Sundar, however, mutters a small Hindu prayer for the departed, although both patients whose burial he oversaw belonged to a different faith.

“In the absence of their closest family members at the funeral, it is up to us to make sure that we do what we can,” he adds.

Then, he leaves for home.

“At my gate, my wife leaves a bucket with diluted detergent. I rinse my clothes there, put my phone and watch in a separate tray, take a bath in the bathroom outside and then enter my house,” Sundar says.

With his young sons studying in class 5 and class 6, he leaves no stone unturned in taking all precautionary measures.

Now we are on Telegram too. Follow us for updates
TAGS
COVID 19 Coronavirus burial COVID Warrior