He said the stone inscriptions clearly described how every village was categorised as kudumbu, which we call a ward in modern day parlance.

CHENNAI: Uthiramerur, a quaint village about 85 km from Chennai, suddenly found itself embedded into the foundation of democracy on Thursday when Prime Minister Narendra Modi spoke about the grassroots-level governance that was practiced there during the Chola period in the 10th century.

Soon after laying the foundation stone for the new Parliament building in New Delhi, Modi sprang a surprise by making a reference to the Uthiramerur model of democracy, saying how that unique principle had been a characteristic feature of governance in India even during ancient times. 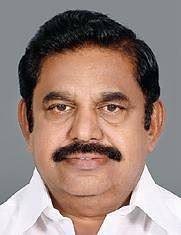 He said the stone inscriptions clearly described how every village was categorised as kudumbu, which we call a ward in modern day parlance. “One representative from each of these kudumbus was sent to the general assembly, as it is today. The mahasabha, which used to be held thousands of years ago, is still there,” he said.

Finding a parallel between the present-day electoral requirement of candidates to declare their wealth and assets with that of the Chola-era practice, Modi said, “There was also a provision to disqualify the people’s representatives from contesting elections if any candidate/representative failed to declare details of his property and money they won. He and his close relatives could not contest the elections,” Modi said.

The Prime Minister added that every minute aspects of a democratic form of governance was thought of and practised even in those ages. “This history of our democracy is seen in every corner of the country,” he added.

The inscriptions at Uthiramerur has interesting details of the resolutions of the general assembly and the kudavolai system (pot ticket election procedure), which was followed to elect representatives to the village assembly or sabha.

The inscriptions on the temple walls, too, speak about the prevalence of village assemblies in other parts of State, including at Thiruninravur (Tiruvallur district), Manimangalam and Dadasamudram (Kancheepuram district), Sithamalli and Thalaignayiru (Thanjavur district), and Jambai (Villupuram district).

In 2018, while inaugurating a Defence Expo at Thiruvidanthai near Chennai, Modi quoted the Tamil saint-poet Tiruvalluvar’s couplet. Recently, Modi quoted Thirukkural again to reiterate that armed forces have always followed the traditions of valour and honour. On October 31, he had quoted Subramania Bharathi’s verses during National Unity Day.

Palaniswami congratulates Modi
CM Edappadi K Palaniswami congratulated PM Modi for laying the foundation stone for new Parliament building, in New Delhi. “I am confident this will be a landmark structure. On behalf of the people of TN, I congratulate you for your personal touch in shaping the project,” said the CM, who took part through video conference

Now we are on Telegram too. Follow us for updates
TAGS
Narendra Modi Uthiramerur Chola Parliament building