54,000 people who landed from overseas to be home quarantined

This supercedes a GO dated March 23, that all suspected cases or foreign returnees, who arrived after March 1, will be directed to undergo home quarantine.

CHENNAI: Tightening screws on enforcement of the lockdown to prevent spread of COVID-19, the State government on Thursday ordered that 54,000 people who arrived from foreign countries should be home quarantined and remain under surveillance. An order released later in the day by the Revenue and Distater Management said persons who have arrived after February 15 will have to remain under home quarantine. This supercedes a GO dated March 23, that all suspected cases or foreign returnees, who arrived after March 1, will be directed to undergo home quarantine.

Chief Minister Edappadi K Palaniswami chaired a meeting with all Collectors through video conference at the Secretariat, for over three hours. Official sources said he told the Collectors to ensure that police do not behave in a high-handed manner with the public. “People who were in touch with those infected have also been home quarantined. Since their movement is banned, the Collectors should take steps to supply all essential goods to these families. Criminal action will be taken against those who step out,” a release said.
The government has clarified that hotels and grocery shops will function throughout the day and no time slots have been fixed for them. 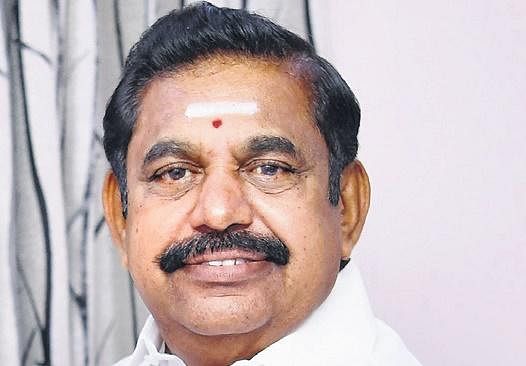 The important decisions taken at the meeting include formal extension of State-wide lockdown till April 14 in line with the Centre’s decision, formation of nine teams headed by senior IAS officers to resolve issues arising out of the lockdown, ensure all essential services to people without any hurdle and setting up of help centres in all district headquarters to ensure supply and transportation of essential commodities. In Chennai, it will function from the Corporation office. Coming to the rescue of people at the grassroots level, the government ordered: “Private banks, minor financial organisations, self-help groups are collecting daily/weekly/monthly interest along with principal amount from those who had taken loans. This should be stopped until further orders and severe criminal action will be taken against those who violate this.”

Pregnant women, those who suffer from high BP, diabetes and TB and HIV infected persons who are receiving medicines from GHs should be given medicines for two months. Already, e-commerce organisations such as Grofers, Amazon, Big Basket, Flipkart and Dunzo have been allowed to supply essential commodities. Now, grocery shops and cooperative stores in local areas will allowed to do door-delivery of these goods.

The ban on delivery of food through Zomato, Swiggy, UberEats will continue. But senior citizens, those who have fallen ill and those who cannot cook and are getting food from caterers, can continue to get it. Those engaged in such services should wear a badge, ‘For Essential Services.’ There was relief for the farm sector as well, with the government allowing movement of farmworkers, equipment, transportation of agricultural products to markets and factories, cattle stock, chicken, fish, eggs and cattle feed.

Those facing difficulty in these movements can contact police headquarters control room on 044-2844 7701, 044-2844 7703. Senior citizens, patients, pregnant women and isolated families and those in need of dialysis treatment, can call ‘108’. Meanwhile, the health department issued an order copy mandating all private hospitals that are empanelled in the Chief Minister’s Comprehensive Health Insurance Scheme to allot 25 per cent of their bed strength as COVID-19 isolation ward. The order issued on March 24 said, the ward should be isolated from other wards.

No high-handed behaviour, says CM
Chief Minister Edappadi K Palaniswami has advised the District Collectors to ensure that the police do not behave in a high-handed manner with anybody who breaks the lockdown order