The Tamil Nadu CM Edapaddi K Palaniswami has declared a public holiday on Wednesday in view of the cyclone.

CHENNAI: The Indian Meteorological Department (IMD) on Tuesday said the cyclonic storm Nivar would intensify into a very severe cyclonic storm with sustained wind speeds of 120-130 kmph gusting to 145 kmph.

S Balachandran, deputy director general of meteorology of Regional Meteorology Centre, said Nivar, now a cyclonic storm over southwest Bay of Bengal, moved westwards with a speed of 5 kmph during the past six hours and lay centred about 380 km east-southeast of Pondicherry and 430 km south-southeast of Chennai.

The Tamil Nadu CM Edapaddi K Palaniswami has declared a public holiday on Wednesday in view of the cyclone. EPS appealed to people not to venture out of their residences unnecessarily and to adhere to the guidelines issued by the government

Helpline numbers: Find them all listed here and in the graphic below 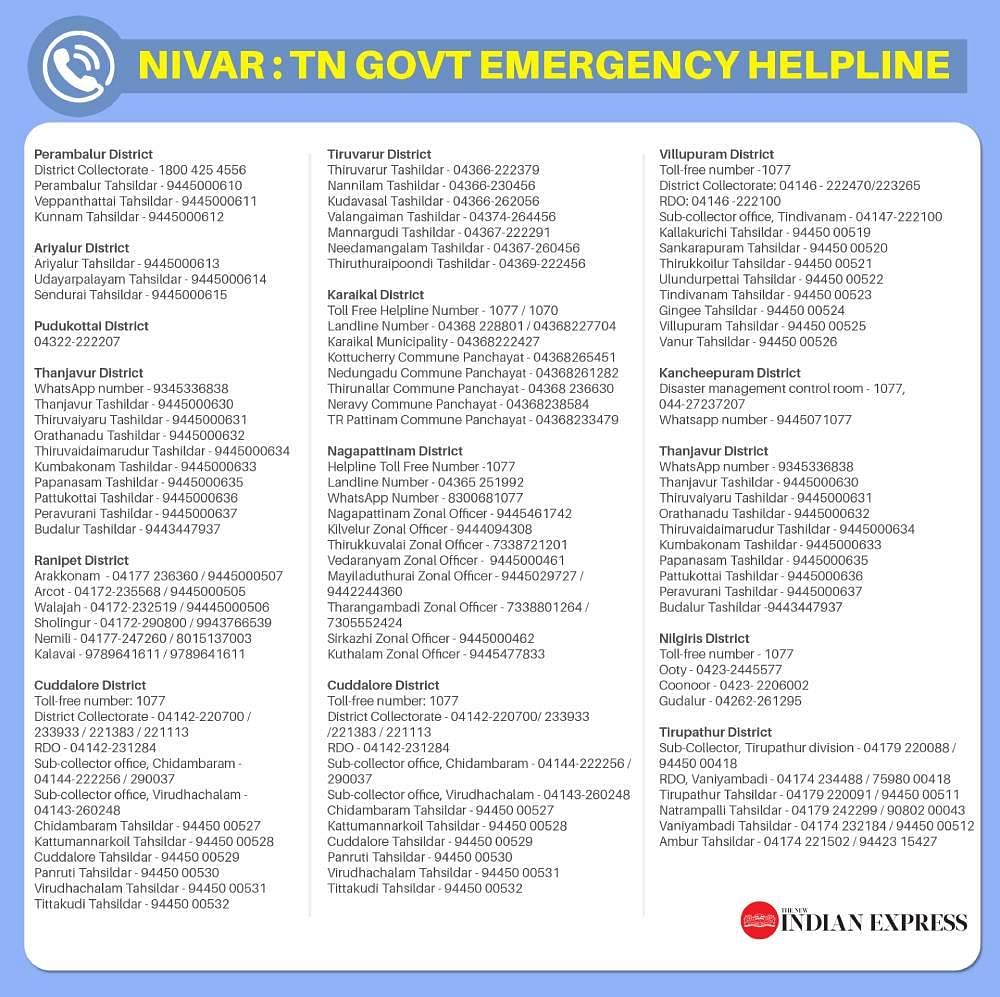