Its best-kept secret, a brew which is common on European breakfast tables and denied to denizens­, is now on the menu

SALEM: From the uncharitable Venetian sobriquet of the ‘bitter invention of Satan’ to Thomas Jefferson’s categorically uplifting assessment that ‘it’s the favourite drink of the civilized world’, coffee has come a long way. Salem’s tryst with the innocuous bean goes back to the 1820s when the then collector, MD Cockburn, introduced coffee to the Yercaud Hills. And there it flourished for close to two centuries, accounting for 25 per cent of Tamil Nadu’s total yield.

Despite living in proximity to one of the finest coffee bean production areas, the residents of Salem are seldom party to the elevating taste of the concoction. The reason: a lion’s share is shipped to Europe, Oceania, and the US. The remaining five per cent or so finds its way only to the carafe of the rich, for the beans are prohibitively costly.

Much like the papal approval (Clement VIII) forced the Venetian clergy to grudgingly embrace coffee in 1615, and Jefferson’s endorsement of the humble bean after the Boston Tea Party (1773) made it the beverage of first choice in Europe and the Americas, a gradual change is taking shape in Salem. With a view to offering the ‘first-quality’ coffee to the Salem residents, a food and beverage company has opened what it calls exclusive coffee shops, where the hitherto elusive ‘first-quality’ brew would be made available to common people. 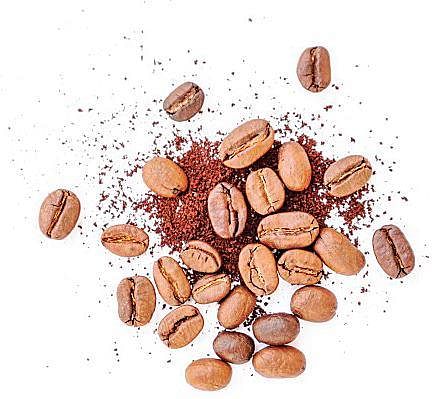 The company posits that the exclusive shops are the first step towards making Salem the Coffee Capital of India. And, if we are to go by what the top honcho of the firm says, the aroma of Yercaud coffee would soon waft across the Deccan with a slew of exclusive shops planned across South India. The managing partner of Naval Food and Beverages, K Sathish, lets on to TNIE that Kaafi Stop (the exclusive outlet) was the decoction of a lot of brainstorming.

“I bought an estate here (Yercaud) in 2014. It was while managing its affairs that I learnt that Yercaud coffee is not within the reach of the people in Salem. It was startling that the producers here were not even aware of their market, unlike in foreign countries where entrepreneurs know every part of the supply chain,” Sathish says. The idea of exclusive Kaafi Stop came into being when his friends pointed out that the people of Tamil Nadu deserved a swig of the Yercaud elixir.

The response has been overwhelming, Sathish says, adding, “Since the opening in 2019, we have had 1,200-1,500 visitors every weekend.” Sathish says that the favourable patronage led to his opening the second outlet at Five Roads on September 1 last. He plans to open two more at Shevapet and Yercaud by October-end. Much like the famed Indian Coffee House franchises, where political debates assumed legendary proportions, Kaafi Stop acts as a venue for discussions, but with a twist.

“We allow other estate owners to ply their trade in our shop. We attempt to bring together businessmen by encouraging trade discussions in our joint. While patrons have a time ceiling of 15-20 minutes to ensure a steady trickle of customers, businessmen are noy bound by these limitations,” he adds. All the while promoting a concept that is revolutionary in intent, the outlet also is an exemplar of integration. You can have your cuppa for as low as Rs 25 to as high as Rs 80.

“We sell all the varieties, including blend, black, and cold brew. We are the only firm to possess stock of pure black and cold brew in entire Salem. We maintain the highest standards in quality and transparency by grinding beans in front of the customers. We have our articles reasonably priced, ranging from Rs 600 to Rs 800 a kg,” Sathish points out.

Enough of past and present, what about the future? Sathish says that his firm aims at having a fleet of 100 outlets in Kerala, Karnataka, and Tamil Nadu by 2022. What has hitherto been the fiefdom of the elite must become a household article is the motto of Satish, which finds resonance with the steady trickle of patrons. Take M Parabakaran for instance.

The 31-year-old from Salem is enamoured by the transparency at the shop, which showcases the entire production and grinding processes on the screens at the outlets. “The taste is completely different from what I am accustomed to. Cold brew is an entirely different ball game. This coffee is completely different.” Naval Food and Beverages aims to being what Kaldi was to the fortune and fame of coffee. Legend has it that an Ethiopian shepherd, Kaldi, found his goats merry, and even going sleepless, after eating some wild berries. When Kaldi took the berries to a monk, the latter concocted a drink from the beans to successfully replicate the effects they had had on the goats. The rest, to borrow a painful cliché, is history.

What makes Yercaud Variety stand apart?
Yercaud’s elevation of 5,236 feet above sea level too stands in good stead. The higher the elevation, the more acidic the bean turns. Also, lower elevation gifts the bean a perfect body, which means the perceptible taste of the concoction once it settles on the tongue

Now we are on Telegram too. Follow us for updates
TAGS
Kaafi Stop Yercaud coffee Salem Coffee