TN elections 2021 was not short of colour. As the state waits to know its future, here are those whose political charts fluctuated over the last five years.

TN elections 2021 was not short of colour. As the state waits to know its future, here are those whose political charts fluctuated over the last five years.

Man of the match
He was considered the lucky one. In a State where many like MK Stalin were standing in a long queue for the CM chair, Palaniswami, who had been keeping a low profile until then, made it to the post. Not just that.

Even as almost every other analyst predicted the downfall of the government, Palaniswami pulled through and ensured stability. Seemingly, he has cemented his position in the party leadership and even managed to resist BJP’s ‘suggestion’ to take back estranged leader VK Sasikala. Notwithstanding the poll outcome, Palaniswami has emerged as a leader in his own right

The survivor
A loyalist, a surprise rebel, and above all, a survivor. When OPS failed to break into Sasikala’s Koovathur Fort, despite having served as the caretaker CM of the State, it seemed like his innings with AIADMK was over.

But he hung on, until the time was right to strike a power-sharing deal with his party colleague and Chief Minister EPS. He had to make peace with Palaniswami taking over the CM chair, and found other means and measures to remain significant in the scheme of things

Murugan & vel are here to stay?
Even as saffron spread across the fertile plains of the Ganges and beyond in 2014, it struggled to take root in Tamil Nadu. The State went ‘back to black’ as a defence mechanism. While national leaders and their regional loyalists struggled to gain a foothold in the peculiar politics of Tamil Nadu, Murugan emerged out of nowhere.

In keeping with his name, he took up the ‘Vel’ and tweaked the local political landscape. If analysts are correct, his party’s political prospects have not significantly increased. But, Murugan has been successful in introducing religious discourse into politics. This time, even Dravidian parties were forced to discuss religion as part of their political campaigns

Win or lose, raja raja thaan
Any publicity is good publicity. That’s what H Raja achieved for BJP in Tamil Nadu, following the demise of Jayalalithaa. Finally, when things got too hot to handle, he was quietly removed from the national secretary post by the party in 2019.

Him losing to Karti Chidambaram in 2019 Lok Sabha polls didn’t help matters either. Yet, once again, Raja has managed to get a ticket from BJP for Karaikudi Assembly election. Will he be able to turn things around this time? It’s not clear. But, until the saffron party takes firm root and expands in the State, Raja will continue to be a raja in the party

The vanniyar vanguard
For a large part of the last five years, it was not clear on which side Ramadoss and his party PMK were. He started as a foe of AIADMK in 2016, with his son making some unsavoury remarks about the new leadership in the State, and later turned out to be a friend and an ally. Corruption allegations went out the window when alliances were formed.

The talk in journalistic circles was about how his press statements arrived much ahead of even ones by the Opposition Leader, on most issues. His subsequent agitations for a separate quota for Vanniyars, and the ability to persuade the AIADMK leadership to implement it, may have an impact on the electoral outcome, at least in Vanniyar-dominated districts

The chinnamma conundrum
VK Sasikala is leading a retired life now. But, as they say, nothing is permanent in politics, and nothing is accidental in politics. Her formal stint as a politician was too short to retire from, with her jail sentence halting it abruptly.

Those who know TN politics well will realise how much Sasikala’s shadow of influence in power circles was a reality for decades. The recent change of stance of a few leaders is testimony to Sasikala’s proficiency in pulling strings. The leader may be hoping for a poll outcome that will ‘necessitate’ her comeback

He appointed leaders. He earned several more loyalists and critics. In the end, all was tossed aside when Covid came to rule. Citing health reasons, the actor gave up his decision to enter electoral politics. He, however, continued to make politically relevant movies in that period. Despite his current absence, Rajini was a political factor over the last five years

Is the wait over yet?
He was a prince-in-waiting for too long even after winning his father’s vote against his brother. Stalin very well knows that it’s now or never. For decades, he was standing in the shadow of a tall leader, who was also his father. When he got out of the security that his dad’s watch and presence provided, the summer sun was not merciful.

He lacks many a thing that helped his father, including a witty-tongue. Some taunt him for this and his lack of luck to become a CM. Despite the sweep in the Lok Sabha polls, the DMK lost just the number of seats that kept AIADMK government afloat. Many immediately lamented, “Had Kalaignar lived...” But Stalin did manage to pull off some things like his father - stitching a rock-solid alliance and asserting the party’s ideology. Will his wait end?

The next-gen ideologue
She is well-spoken, calm, and her speeches are measured and clean. Despite getting embroiled in a big scam, Kanimozhi managed to build a different image for herself in the recent years. Unlike the other sibling, she has totally accepted the leadership of her brother Stalin.

In return, she has been given the charge to handle the “Delhi affairs” of the party. She seems to be content with the recognition for now. For now, everyone in the party is united in their fight to win the polls. When the victory is handed over, then the challenge would be all about sharing the pie 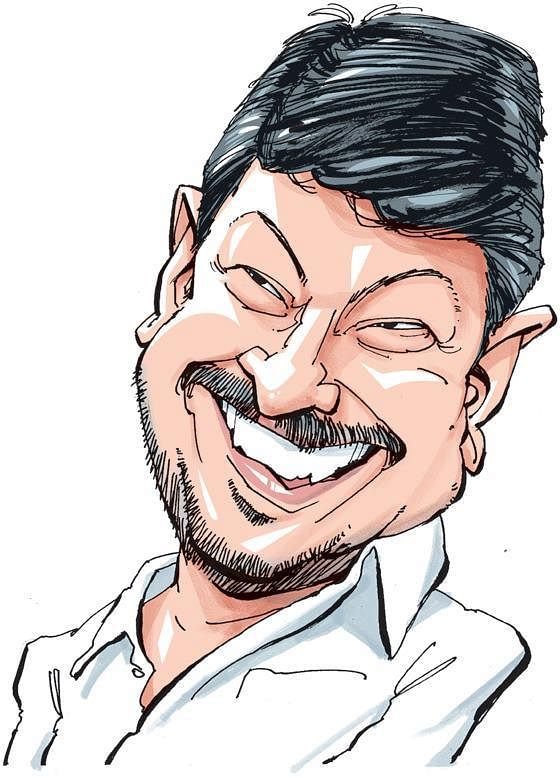 Does DMK’s future have a bright future?
His rise was sudden, but never a surprise. When even seasoned DMK leaders visited him to be in his good books, the message was clear. Compared to his father, Udhayanidhi’s rise in politics was quick as the former was made to work at various levels for decades by Karunanidhi before he was given the top post.

Now, Udhayanidhi has to prove his mettle to show the people of TN that he can live up to his designation. He never shies away from making public that he is ‘Kalaignar’s peran’. His speeches are filled with puns and he effortlessly strikes a personal chord with his audience. The real test might come in the form of other power centres that are in the party and also from the family members, who could also equally feel they are worthy candidates to be the political heir of Kalaignar 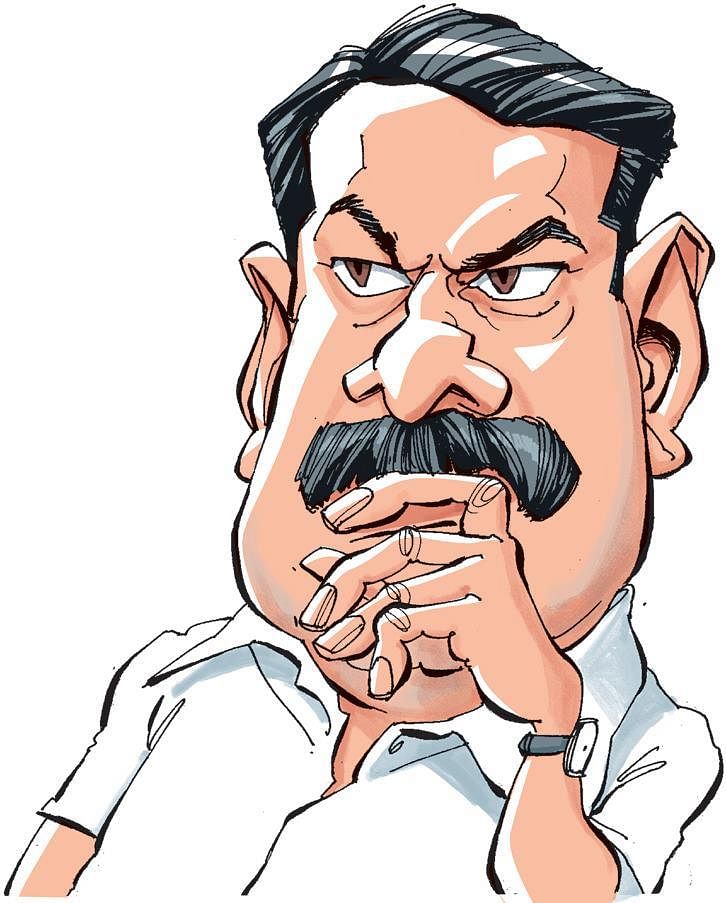 Annan’s thambis unhappy?
If elections are held on social media, Seeman is a clear winner. His passionate speeches, oration, and eloquence, have breathed a new lease of life into the age-old idea of Tamil nationalism. Seeman mixes socialist principles with native pride, a heady blend that leaves listeners, especially in rural areas, exhilarated with expectations.

Over the years, he has sustained a party (Naam Tamilar Katchi) and convinced at least 4 per cent of voters in the State that he can be an alternative. The last few months have not been great for Seeman, as a few important leaders have quit citing their ‘Annan’s’ iron-handed approach as the reason. That, and his unadulterated love for Adolf Hitler, have earned ‘Annan’ the title of ‘fascist’ 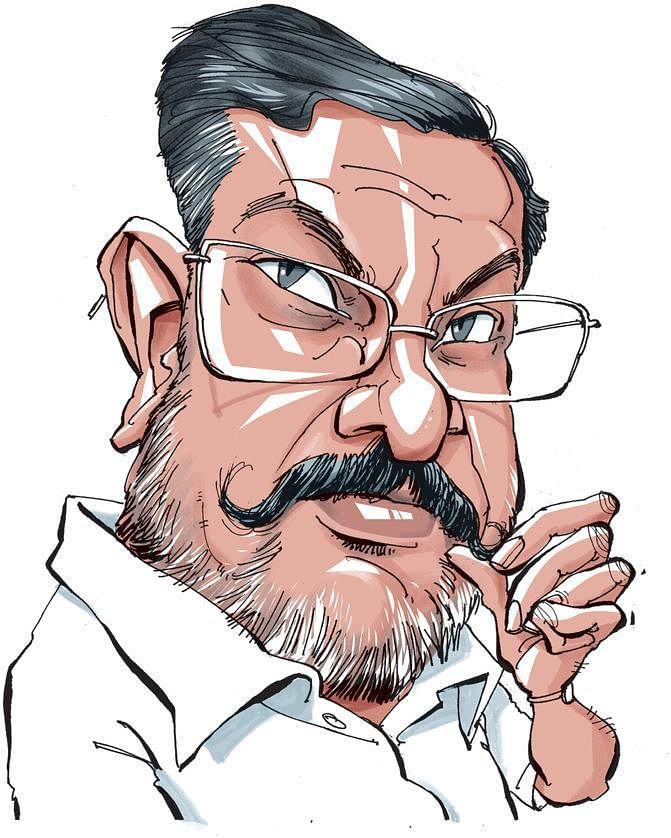 Not here just for electoral gains
He dares to go where no man dares to be critical of Hindutva and sanatan dharma. At a time when even Mayawati has gone silent, Thirumavalavan has emerged as an important Dalit voice in the national political scenario. But, that has come at a cost. Not only has he earned hatred from a few quarters, his party’s political prospects have not improved significantly.

Just five years ago, he was one of the strong pillars of the third front that was expected to pose a formidable challenge to the Dravidian majors. But that failed miserably and the Viduthalai Chiruthaigal Katchi (VCK) is now back in the shade of a Dravidian major. This election is as crucial for VCK as it’s for BJP

Won the battle, lost the war
He had one card up his sleeve, and he lost that too in a great gamble. Krishnasamy is an angry man now. He almost tasted success when both Central and State governments appeared to have accepted his long-standing demand to remove Devendra Kula Vellalars from the Scheduled Caste (SC) list.

However, they stopped with just clubbing of seven caste groups - Devendrakulathan, Kadaiyan, Kalladi, Kudumban, Pallan, Pannadi, Vathiriyan - under the title ‘Devendra Kula Vellalar’. While BJP-AIADMK walked away with the credit for the move, Krishnasamy’s mission was only half-achieved. Now, he is left without alliances or friends. Staying in the ruling alliance might have bettered his party Puthiya Tamilagam’s electoral prospects

Will this Kamal bloom?
Unlike his beloved friend and fellow actor Rajinikanth, actor Kamal Haasan made a measured but swift entry into politics. However, his political views were found to be as diverse and numerous as the characters he played in Dasavatharam. While many of his fans thought he was a left-leaning socialist at heart, going by his movies and statements, his self-declared position in politics was centrism.

The starting point was the jallikattu protests of 2017. Then, he expressed his anguish over corruption. Though Kamal often claims that his party is the third-largest in the State, individual party vote share statistics show that MNM is not even in the top six. Despite being celebrated by the national English-speaking media during the 2019 Lok Sabha polls as a vital factor, he came a distant fifth. His luck this time depends on the decisiveness of the voter 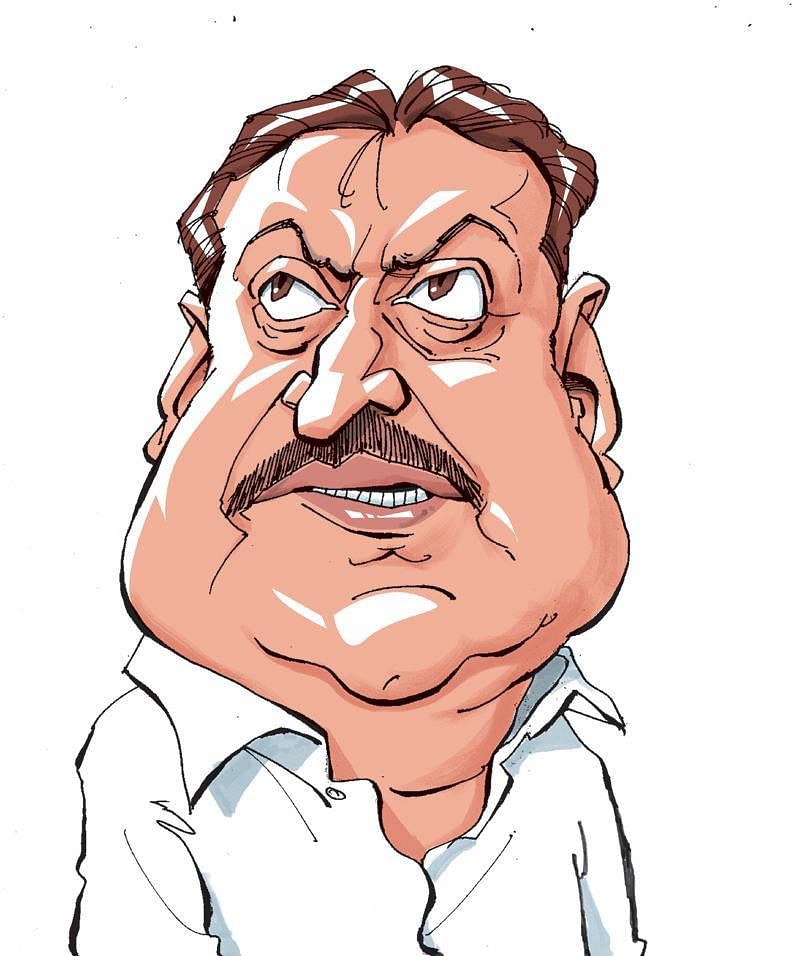 A new ‘captain’ takes over
Always a crowd-puller, Vijayakant first attracted people by positioning himself as the alternative in the bipolar political world of Tamil Nadu. Later, it was his antics that made him an internet sensation. Now, he’s largely out of picture, replaced by his wife Premalatha, who has emerged as the authoritative voice in the party.

Her energy earned her the appreciation of PM Narendra Modi. She put up a strong face when the party missed its core strength campaigns of Vijayakant. When DMDK did not get the seats it thought it deserved, it walked out of the AIADMK alliance, to join hands with AMMK. The family using Vijayakant, who is unwell, as a ‘showpiece’ during election rallies, has irked many people. DMDK’s political future, at best, is bleak right now

Five years of fame on one victory
The only significant success he tasted was winning the RK Nagar elections, something that kept him going for the next several years. He kept raising the threat of sleeper cells within AIADMK, who would help him regain control over the party.

However, that threat has proven to be a dud until now. His futile attempts to grab power have failed miserably, with many of his loyalists losing interest and moving on in life. Today, between Sasikala and AIADMK, Dhinakaran’s political future hangs by a thread