The statement comes after the three were termed betrayers by scores of Rajinikanth fans.

CHENNAI: Even as scores of Rajinikanth fans criticised the three district secretaries of the Rajini Makkal Mandram (RMM) who joined the DMK on Sunday and termed them 'betrayers' of Rajini, RMM functionary VM Sudhakar on Monday defended the trio, saying they remain fans of the actor. His statement came in the backdrop of various social media posts against them during the last two days after they joined the DMK.

In a press statement, VM Sudhakar on Monday said that if members of RMM want to join any political party, they are free to do so after resigning from posts they hold. He added that the members of RMM shouldn’t forget that they will remain the fans of the actor despite their political lineages - an indirect request to all Rajini fans to quit criticising the three for their political activities.

It may be recalled that a small section of fans from Madurai and Thiruvallur districts had joined BJP and AIADMK respectively after the actor announced on December 29 that he wouldn’t enter politics due to prevailing pandemic. 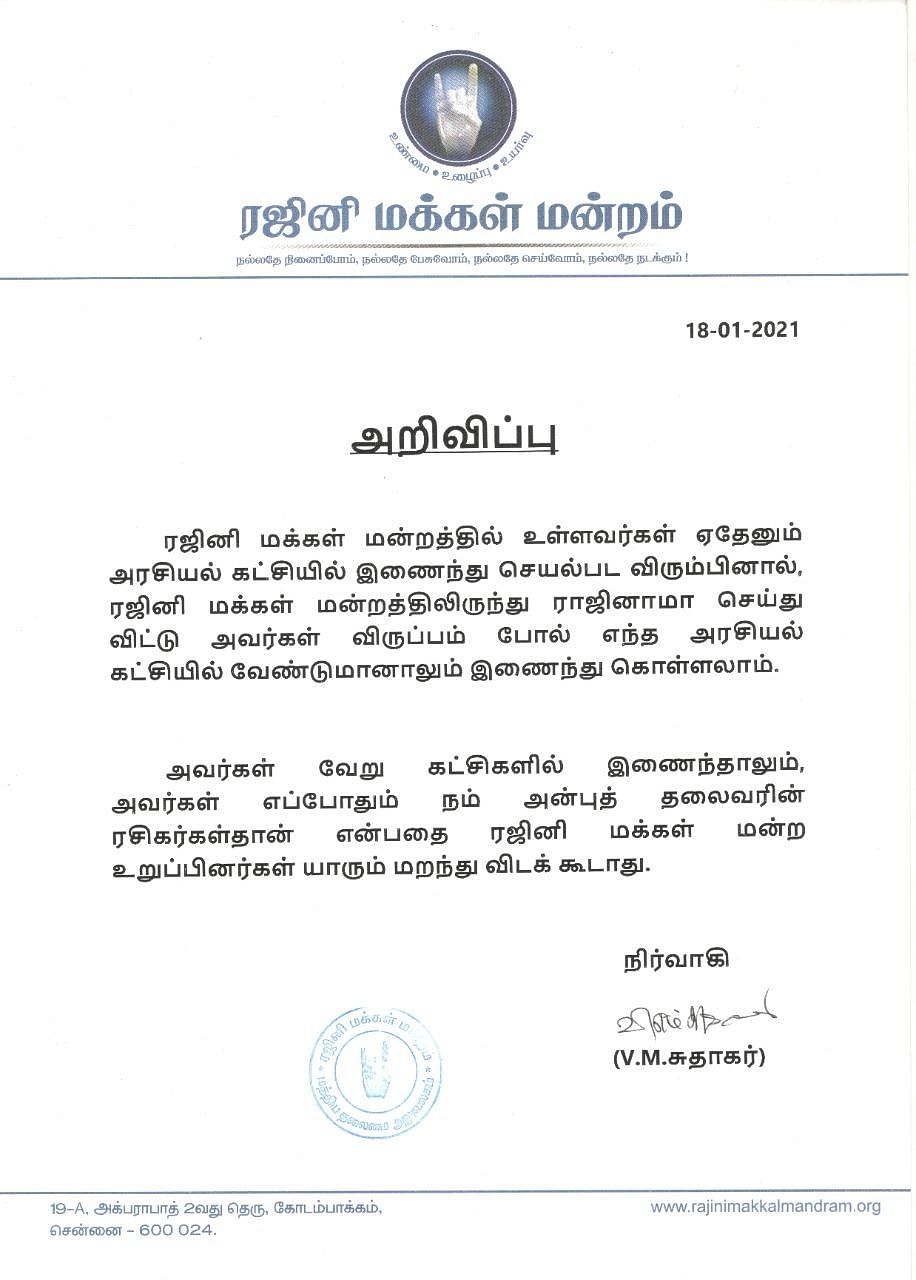 When the actor released a second statement on this issue on January 11 and reiterated his decision, the fans conducted a peaceful protest at Valluvar Kottam urging the superstar to reconsider his decision. “I humbly request you(fans) all to not conduct such events(in future) and force me to enter into the politics and it causes me pain," he said in response.

A week after the second statement of the actor over the political entry, three district secretaries of RMM from Thoothukudi, Ramanathapuram and Theni and other second-level functionaries joined DMK on Sunday.

Now we are on Telegram too. Follow us for updates
TAGS
Rajini Makkal Mandram RMM DMK Rajinikanth fans