"A comparison of flowering plants across various Indian states conclusively points to the fact that Tamil Nadu is the most species-rich state," author D Narasimhan told The New Indian Express

CHENNAI: Tamil Nadu has the richest plant biodiversity in the country with a whopping 6,723 taxa (species, varieties and subspecies), photographed and documented for the first time in the yet-to-be released book titled "Flowering Plants of Tamil Nadu: A Compendium" by a Chennai taxonomist along with his doctoral student. Karnataka stands second with 5,000-odd taxa.

The book is an initiative of the National Biodiversity Authority and Tamil Nadu Biodiversity Board. The most recent update on number of flowering plants in the state was way back in 2008, according to which Tamil Nadu had 5,674 plant species which in fact is the number cited in all the publications till date including the statewise checklist by the Union Ministry of Environment and Forests and Climate Change.

Now, this updated compendium published by Care Earth has added 1,049 taxa to the 2008 database, thus making it most comprehensive and taking the total number of flowering plants in Tamil Nadu to 6,723. "A comparison of flowering plants across various Indian states conclusively points to the fact that Tamil Nadu is the most species-rich state," author D Narasimhan, Associate Professor (retd) at Madras Christian College, told The New Indian Express on the eve of World Environment Day. His doctoral student Sheeba J Irwin has co-authored the voluminous 1,001-page compendium, which took them three years to complete. 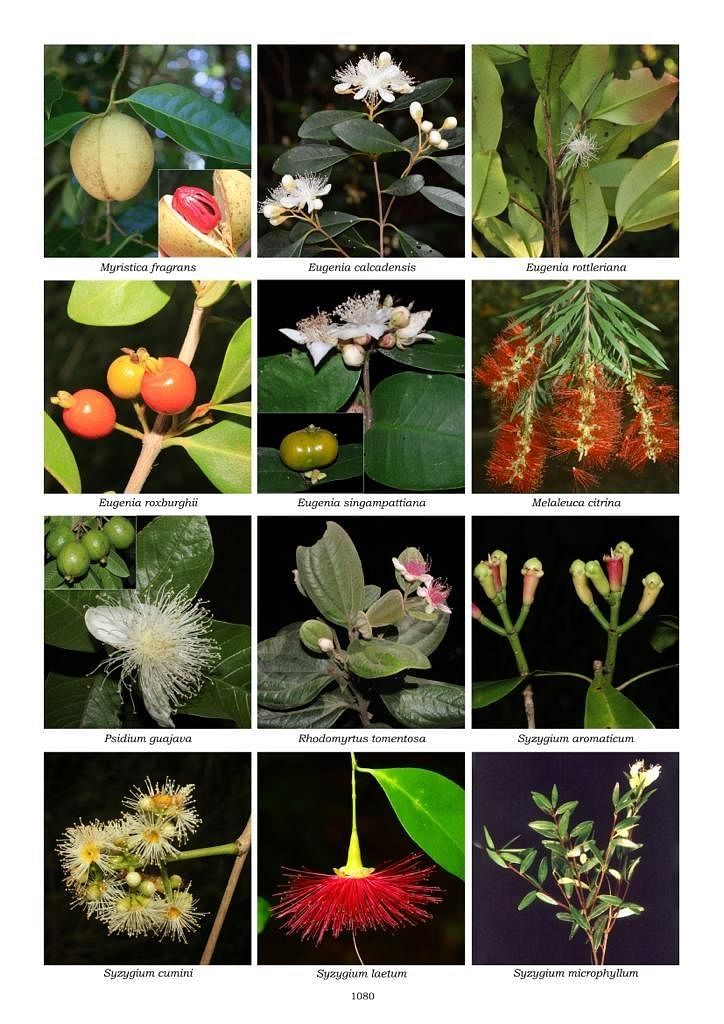 The book has pertinent information on each of the plant species distribution status along with critical notes on their threat status, endemism and economic uses. It also has information on species additions as well as taxonomic and nomenclatural changes.

The authors have made a conscious effort to coin English and Tamil names for plants, wherever possible, for those that did not have a local/common name.

Narasimhan said, "Hopefully, these names will sink into common parlance for better understanding and for reference. Though we have taken meticulous efforts to make this compendium a complete one, there could be gaps due to non-availability of information about a few species. Hence, we request the users of this compendium to bring to our knowledge such species through photographs, preferably geotagged, for verification. We also request to share any local information and uses about the plants of Tamil Nadu with the name of the knowledge holder which would help in the protection of the intellectual property rights of the locals."

"I had brought out a similar book for Karnataka last year. Every state will do it. During our analysis, it was found Tamil Nadu has significantly rich endemic species compared to any other state in the country. Narasimhan, who I reckon is one of the best taxonomists in India today, has recorded 292 taxa endemic to Tamil Nadu in this book. Endemics species are the state's sovereign right and it is very important to identify and protect them. Because of overexploitation, many species are being extinct across the country. If we have verified information, it will be easy for the government to take timely action," said Sanjappa.

The authors said Cyperaceae hosts the largest number of strict endemic taxa in the state followed by grasses. Families such as Fabaceae, Lamiaceae, Balsaminaceau together constitute 17 percent of total endemic flora in the state. New taxa are being discovered and added to the list of strict endemics every year and indicate that the compendium needs to be periodically updated.

VB Mathur, chairman of the National Biodiversity Authority who wrote the foreword for the book, said although Tamil Nadu constitutes only 4 percent of the country's total geographical area, the state is endowed with a huge variety of ecosystems. Hence, it is fitting that this compendium enlists a total of 6,723 taxa spread across 1979 genera and 225 plant families.

"This compendium is a much needed definitive guide to the flowering plants of Tamil Nadu and will be of immense use to botanists, taxonomists, foresters, wildlife ecologists and other stakeholders to comprehend the diversity and distribution of flowering plants in the state. I would like to compliment the authors for the herculean effort they have made to bring out this compendium. The National Biodiversity Authority is very pleased to be associated with this endeavour," he added.

Now we are on Telegram too. Follow us for updates
TAGS
Tamil Nadu Flowering plants