The legal service authority of Telangana on Monday informed Hyderabad High Court that the state government has released Rs 3 lakh to pay as preliminary compensation to a transgender.

HYDERABAD: The legal service authority of Telangana on Monday informed Hyderabad High Court that the state government has released `3 lakh to pay as preliminary compensation to a transgender person who is a victim of acid attack. 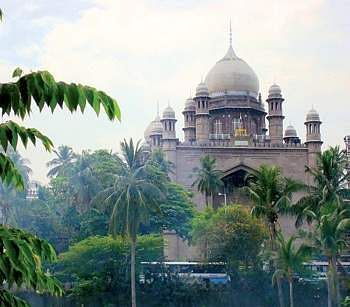 On July 18, a division bench of Acting Chief Justice Ramesh Ranganathan and Justice T Rajani while dealing with a petition by a transgender person seeking to declare the Telangana Victim Compensation Scheme, 2015 as illegal, directed the Rangareddy district collector to immediately pay `3 lakh as preliminary compensation to the victim and report compliance by July 24.

When the matter came up before the bench, the officers of legal service authority submitted that though the amount was released by the government, they were not able to deposit the same as the victim’s name in the records was not tallying.The bench then told the officers to deposit the above amount in the account provided by the victim and report compliance by Tuesday.

More from Telangana.
Now we are on Telegram too. Follow us for updates
TAGS
hyderabad high court