Telecom, insurance and online trading platforms to rake in moolah for Telangana

HYDERABAD: The state is expected to get more tax revenues once the Goods and Services Tax (GST) is launched on July 1. As per the place of supply rules in GST, the state is expected to get good amount of revenues, especially in telecom, insurance and online trading platforms like Flipkart, Amazon and others.
The insurance companies are mostly located in Mumbai, Chennai and other cities. Thus, the service tax revenues from customers of Telangana are going to those states now. But, the companies have been now asked to segregate their customers state-wise.

At present, only one AP Telecom circle serves Andhra and Telangana. The telecom providers including BSNL were asked to segregate their customers, as per their addresses. “The segregation is currently going on,” principal secretary Somesh Kumar told Express on Monday. 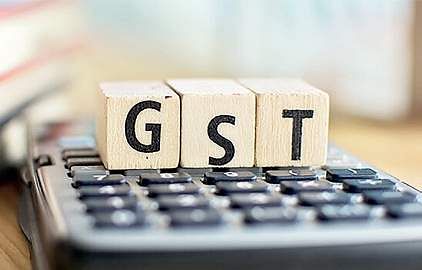 For online purchases, one per cent (integrated GST) IGST will be levied at the point of sale and the remaining tax amount will be shared between Central government and state where the product has reached. For example, if a person from Hyderabad purchases a mobile phone online and the shipment is made in Mumbai, one per cent IGST will be levied in Mumbai. The remaining tax will be shared by TS and the Centre.

TS all set for GST
According to Somesh Kumar, the state is prepared for the implementation of GST from July 1. “Already 80 per cent of the traders accounting 1.4 lakh have migrated to new registration number,” he said. There were only 50,000 traders left, excluding those who were not covered under GST. The software is also ready.

According to sources, around 350 crore invoices are being generated every month in the country. Of which around two to three per cent will be generated in Telangana.  While the Centre has decided to compensate the losses of GST to states, Telangana is expected to get compensation for the initial two months. The TS will not get compensation of GST as the state’s growth rate is 17 per cent and it will not come down below 14 per cent in any worst condition. Somesh Kumar, along with Finance minister E Rajender, attended the GST Council meting in Delhi on Sunday. The next meeting of GST on June 18 and another is expected to be convened before July 1.