HYDERABAD:  The High Court on Wednesday granted liberty to Telangana Joint Action Committee to approach the deputy commissioner of police  (LB Nagar zone) with a fresh application for its proposed public meeting ‘Koluvula Kai Kotlata’ (fight for jobs) and that the latter would pass orders within three days after receiving the said application. The court made it clear that the police had to follow the well settled principles of law while dealing with the present issue. 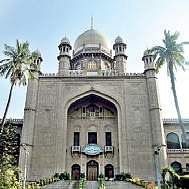 Justice SV Bhatt passed these orders on two petitions filed separately by TJAC chairman M Kodandaram and co-convenor Venkat Reddy, seeking the court’s direction to the police to grant permission for conduct of the proposed meeting The petitioners complained that the police did not pass any order till last minute though they had submitted applications for permission well in advance.

There was selective granting of permission for meetings held in the city, they said.The judge, while asking the petitioners to approach the police, made it clear that their application should contain all details such as proposed venues, alternative places, number of participants expected to attend, precautions to be taken by TJAC, if any, to avert untoward incidents and related details.