Keen to get Metro inaugurated by Modi: KTR

Says Hyderabad Metro will create record as it is the only one in India to have a maiden run on a 30-km route .BJP stages walkout.KCR challenges TPCC chief to give him a list of farmers whose interest amount on crop loans was yet to be paid.State to consider ways to generate power from garbage

HYDERABAD: Accusing Municipal Administration and Urban Development Minister KT Rama Rao for not giving proper clarification sought by BJP members on Hyderabad Metro Rail and MMTS Phase-II projects, the saffron party staged a walkout from the Assembly on Monday.
Later, the Congress members too followed suit as Speaker S Madhusudana Chary did not allow them to protest in the House stating that they are not signatories to the question.
BJP Floor Leader G Kishan Reddy wanted to know from the minister whether or not works relating to 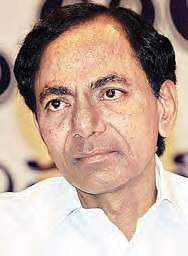 Metro Rail in Old City would be taken up. They also sought answer to the additional cost on the state exchequer due to delay in the completion of metro rail. The BJP members also cornered the TRS government on its failure to table a report in the House regarding the resurvey to change metro alignments.

Claiming that they did not find KTR’s answer convincing enough, the BJP members staged a walkout from the House.Meanwhile, replying to a question in the ouse, KTR said that HMR is world’s largest metro rail project to be taken up under public-private partnership mode. “We are keen to get the Metro inaugurated by PM Modi,” he said. KTR said that the Metro Rail would be creating a record as all other metros in other parts of the country started operating on a 11-km route. However, the Hyderabad Metro Rail would make its maiden run on a 30-km route.

Meanwhile, setting aside their ideological differences, all opposition parties — Congress, BJP, TDP and Left — came together on Sunday to corner the state government over the issue of setting up Rythu Samanvaya Samithis in TS villages, allegedly with TRS members.All the parties on Monday cried foul on the floor of the state Assembly, alleging that the Samithis were being formed to strengthen the ruling party at grassroots level.  While taking part in a debate in the Assembly on Monday, Congress member G Chinna Reddy  said, “Though we suggested names of genuine farmers after holding grama sabhas in each village, those names were never considered by the government.

There are instances of appointing TRS workers, who are not farmers, as Rythu committee members. Hence, we request the government to dissolve the present committees and appoint new ones,” he demanded.Later, BJP legislator NVSS Prabhakar said the state government formed Rythu Samithis to serve as TRS booth level committees in each village for the next Assembly polls.

KCR’s sixer
Congress member G Chinna Reddy alleged that right from village to district level, the government has ensured that the total number of members in each committee meets the CM’s lucky number six. For instance, Grama Rythu Samanvaya Samithis are being formed with 15 members, Mandala RSS with 24 members, where as Zilla RSS with 24 members, followed by Rashtriya RSS with 42 members, he recalled

Prohibitory orders at Assembly
The in-charge Hyderabad police commissioner VV Srinivasa Rao issued orders prohibiting any kind of assembly or public meeting or procession that has potential to cause disturbance within a radius of four kilometres of the TS  Legislative Assembly. The order would come into force from 6 am on Nov 14