It seems all is not well in the state Congress as discontent is brewing among some leaders over the recent developments in the party. To resolve the pressing issues and bring unity, leader of opposit

HYDERABAD: It seems all is not well in the state Congress as discontent is brewing among some leaders over the recent developments in the party. To resolve the pressing issues and bring unity, leader of opposition in the Assembly K Jana Reddy is convening the Congress Legislature Party meeting here on Friday. However, the attendance of senior leaders such as DK Aruna and K Damodar Reddy, MLC, is doubtful.

Komatireddy Venkat Reddy and SA Sampath Kumar, “expelled” from the state legislative Assembly, are unhappy at not getting the required support from within the party. Besides, Damodar Reddy, who is opposed to the entry of former Minister Nagam Janardhan Reddy into Congress, has decided to join the TRS. These developments are now worrying the party with elections not far away.

The “expelled” Congress MLAs are sore that the party has not been paying enough attention to their expulsion and is not cornering the ruling party on the issue. The two, along with some other leaders, have been demanding that all the Congress MLAs should tender their resignations in order to exert pressure on the TRS government. On the other hand, Damodar Reddy has decided to leave the Congress and join the TRS, protesting against the entry of Nagam into Congress fold.

Dogged by these unpleasant developments in the party, Jana Reddy is convening the CLP meeting at his residence on Friday to address the internal problems and forge unity in the party. “Jana Reddy will discuss the likely exit of Damodar Reddy from the party and the anguish of expelled MLAs. He may show some direction to the party on how to proceed further by resolving these matters,” said party sources. However, it remains to be seen whether the CLP could take a decision on en masse resignations by party MLAs from the Assembly.

ARUNA PLEA TO DAMODAR
Meanwhile, senior leader and former minister DK Aruna called on Damodar Reddy and requested him not to leave the party. “I met Reddy on hearing that he is leaving the party. I requested him to drop any such plan. Damodar Reddy is the backbone of Congress in Nagarkurnool,” she said. Aruna recalled that Reddy lost in Nagarkurnool in the 2014 election by a narrow margin of just 1,400 votes. He had a good following, she said. “Damodar Reddy is upset over the entry of Nagam. 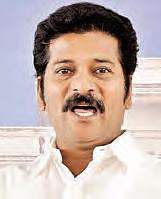 I have informed Damodar Reddy that the Nagarkurnool Assembly Congress ticket has not been offered yet to Nagam and assured that the matter would be taken to the notice of AICC president Rahul Gandhi,” she said and advised Damodar Reddy not to take any hasty decision on leaving the party which would cause irreparable loss to the Congress as well as to Reddy individually.But Damodar Reddy asserted that Nagam was a strong leader only in the TDP and not in the Congress. “If Nagam is a strong leader, he should have contested on TDP ticket,” he said.

Now we are on Telegram too. Follow us for updates
TAGS
Congress