HYDERABAD: Finally, here is some reason for Post Graduate medicine students to rejoice: one-year mandatory service in government hospitals has been revoked by the State government on Thursday. Earlier, a doctor was eligible for PG registration with State Medical Council only if he/she completed one-year service (called as Senior Residency) after three-years Post Graduation (PG).

The current post graduate students and Junior Doctors Association members were pleasantly surprised over the decision as the last time they staged a protest to revoke the one-year-service was in 2014.
On Thursday, Chief Minister K Chandrasekhar Rao announced that the one-year service condition is removed and a bill in this regard would be introduced in forthcoming legislature session. The decision will come into force from this year.

The CM instructed the officials that the PGs who completed their course this year should be allowed to register this year itself, even without the one-year service. There are around 1,500 PG seats in the government and private medical colleges in Telangana and a stipend of `46,000 per month is paid to each SR, taking the amount spent on stipends to `69 crore.

When contacted, officials from the State Health department said that the decision was taken considering around seven factors, including the increase in number of PG seats (25) from this year.

Revoking the one-year service means 1,500 PGs who attend patients in government hospitals will not be available from next year. The current third-year PGs will complete their course in April-May. If such high number of doctors are cut down, will medical services at government hospitals be hit?
Some officials said that the gaps will be filled as currently recruitment of 2,195 doctors: 474 assistant professors, 521 civil assistant surgeons under Directorate of Medical Education and 1,200 specialty posts under Telangana Vaidya Vidhana Parishad. The current SRs will serve in government hospitals for another six months.

Commissioner of TVVP, Dr B Shiva Prasad said the recruitment process will be completed in around three to four-months. Diplomate National Board courses are going to be started at district hospitals which will provide additional doctors.

According to the Medical Council of India’s Minimum Qualifications for Teachers in Medical Institutions Regulations, 1998 (AMENDED UPTO 8th JUNE, 2017), a person needs to complete one year of senior residency to be eligible for assistant professor’s post.  The Health department official said that the MCI rule still stays. “We have created senior resident posts in government hospitals. Whoever wants to become an assistant professor, can apply for it,” the official said.

PG students said they reach the age of 28 or 29 by time they complete PG, and by cutting down a year that was spent in getting the degree, they can spend time in pursuing career interests. “Since we work at hospitals throughout the PG course, senior residency do not teach us anything new,” said Guguloth Sanjay, convenor of TJUDA. 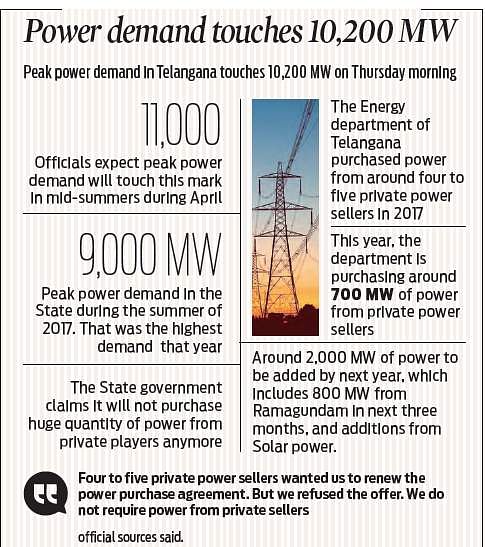