AICTE issued a circular against trend after suicide of a professor

HYDERABAD: Private engineering colleges in the State continue to withhold the educational certificates of faculty members, despite repeated warnings from both the All India Council for Technical Education (AICTE) and Jawaharlal Nehru Technological University, Hyderabad (JNTUH) which have issued notices mandating institutions to return the documents, it is alleged. 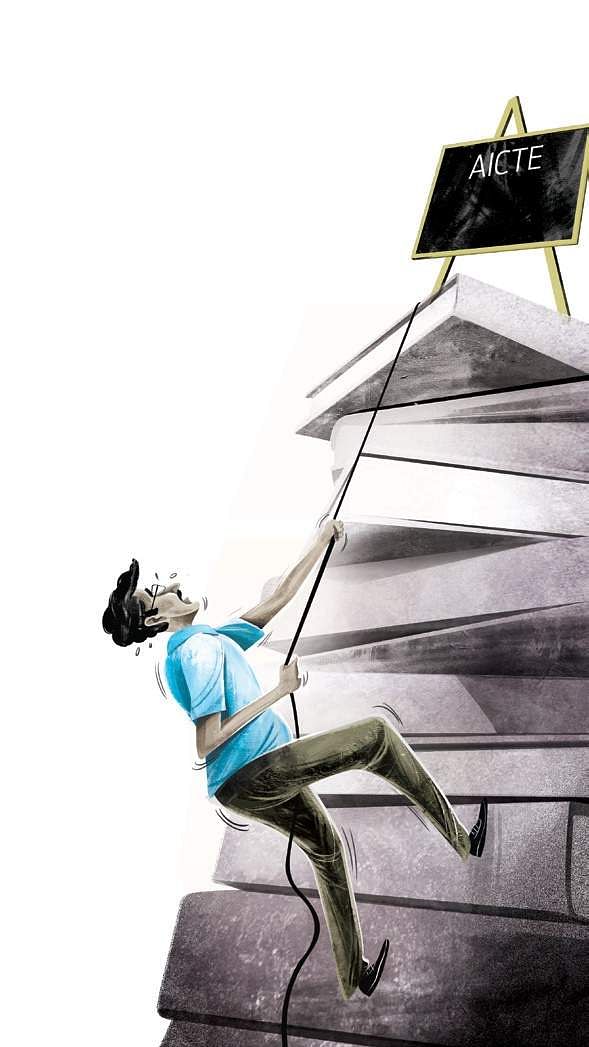 Madan Kumar, a former assistant professor at a private engineering college in Himayatsagar, has been running from pillar to posts to retrieve his certificates. He was terminated from service last November after he refused to resign voluntarily. He has since written letters to every agency — from the UGC, AICTE, JNTUH and the district collector, to the Labour Commission and the private college itself. Every agency has passed the buck, stating either that the matter is outside their purview or that they are awaiting a response from the college management.

Weary of waiting for some development, Kumar filed RTIs. “JNTUH said that it has shot five notices to the college seeking an explanation. However, the labour department washed its hands of the matter, stating that my designation as an assistant professor did not fall under the definition of workmen, and therefore labour laws were not applicable here. JNTU, however, does not explain why no action has been taken against the college for ignoring its notices,” he told Express.

Last December, AICTE had issued a circular after a professor from Tamil Nadu had committed suicide, allegedly because the engineering college where he was formerly employed refused to return his certificates. KM Karthik, the founder of All India Private College Employees Union, told Express that hardly any college has acted on the circulars. “Now, if the labour department is also distancing itself from the matter, it is only going to get tougher for teachers,” he said.

Another teacher, who was also sacked, said that the college refused to give back his certificates until he gave in writing that he received all certificates, or that he had submitted them voluntarily. “The college said they will get a signed letter from all the staff to prove that they are not withholding any documents. No one wants to lose their job. So they will sign it, if the situation comes to it,” he said.

Meanwhile, a member of the Association of Self-financing Colleges said that colleges withhold certificates to protect students from ‘irresponsible’ teachers who quit their jobs in the middle of the academic year.