According to the data, Telangana tested only 14 contacts per COVID-19 confirmed case, thus categorizing it under the category of states with 'less than 50th percentile of contacts tested'.

HYDERABAD: New data has emerged which lists Telangana among the worst states when it comes to COVID-19 contact tracing.

Following the controversy over less number of samples being tested in Telangana to detect COVID-19 cases, the data presented in a recently published paper in the Indian Journal of Medical Research (IJMR), of the Indian Council of Medical Research (ICMR), casts doubts over the contact tracing efforts put in by Telangana government, in the crucial starting period of the pandemic, from January 22 to April.

According to the data, Telangana tested only 14 contacts per COVID-19 confirmed case, thus categorizing it under the category of states with 'less than 50th percentile of contacts tested', which simply means that in the state the authorities traced less than half of all persons the COVID-19 patient came in contact with. 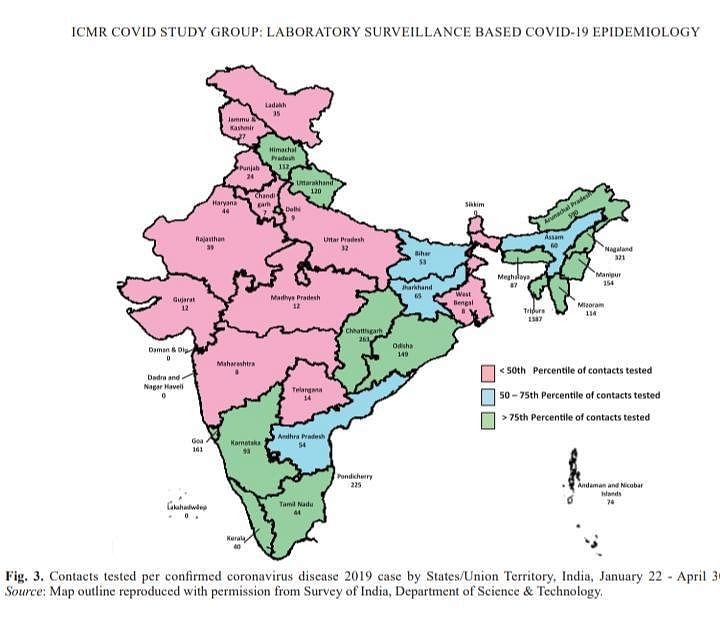 The study that has published this data is titled, 'Laboratory surveillance for SARS-CoV-2 in India: Performance of testing & descriptive epidemiology of detected COVID-19, January 22 - April 30, 2020'.