According to the report, 491 farmers in the State died by suicide in 2019, of whom 373 were farmers cultivating their own lands and 118 were those cultivating leased lands.

HYDERABAD: Telangana recorded the fourth-highest number of farmer suicides in the country in 2019, as per the Accidental Deaths and Suicides in India (ADSI)-2019 report by the National Crime Records Bureau (NCRB).

According to the report, 491 farmers in the State died by suicide in 2019, of whom 373 were farmers cultivating their own lands and 118 were those cultivating leased lands. Maharashtra recorded the highest number of farmer suicides with 2,680 deaths, followed by Karnataka (1,331) and Andhra Pradesh (628). The country saw 5,945 farmer deaths by suicide in 2019. 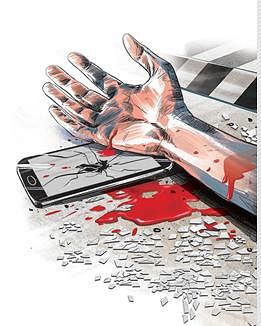 The report, however, points out that the number of farmer suicides in Telangana has declined in 2019 when compared to the previous three years. In 2018, the State recorded suicides of 908 farmers. In the year 2017, it was 851, and in 2016, it was 645. Telangana, meanwhile, stood low in the suicide of ‘agricultural labourers’ with only eight deaths. However, it may be mentioned here that the State recorded the fourth-highest number of suicides of daily-wage earners, with 2,858 deaths.

TS third in suicide rate
Telangana continues to be the State with one of the highest suicide rates in the country. According to the ADSI-2019 report, Telangana has the third-highest suicide rate in the country at 20.6 per cent, after Chattisgarh (26.4 per cent) and Kerala (24.3 per cent). As many as 7,675 persons died by suicide in Telangana during 2019. A majority of them (3,285) killed themselves due to ‘family problems’. For 989 persons, the reason for suicide was ‘bankruptcy or indebtedness’, and for 881 persons, it was ‘illness’.
Also, 54 persons died by suicide because of ‘poverty’ and 56 due to ‘unemployment’.

Of the persons who killed themselves, a majority were daily-wage labourers (2,858), followed by housewives (659) and students (426). Further, 919 persons who died by suicide were self-employed, 532 persons were salaried persons/professionals, including 97 government servants. Across the country, ‘family problems’ and ‘illness’ were the major causes of deaths by suicide, which accounted for 32.4 per cent and 17.1 per cent of total suicides respectively during 2019.

6,964 people die in road accidents in 2019
As many as 6,964 persons lost their lives and 21,999 persons got injured in the 21,570 road accidents that Telangana recorded in 2019. These numbers were revealed by the NCRB in its ADSI-2019 report. Telangana stood tenth, among all States, in road mishap fatalities. The highest number of road accident deaths were recorded in Uttar Pradesh (23,285). As per the report, over 3,468 cases of road accidents were due to reckless/dangerous driving, in which 695 persons lost their lives. Over 16,723 cases of speeding were recorded, including 5,602 fatalities.

Meanwhile, Hyderabad alone recorded 951 cases of dangerous driving with 32 fatalities, and 1,875 cases of speeding with 226 deaths. When it comes to deaths in road accidents due to driving under the influence of alcohol or drugs, TS stood fourth in the country with 177 deaths. Hyderabad alone recorded 14 cases with five fatalities in 2019. TS also recorded 32 cases of mishaps due to physical fatigue with 11 fatalities, of which 15 cases were recorded in Hyderabad with seven deaths. TS also recorded over 205 mishaps due to animal crossings leading to over 41 fatalities. The State recorded 631 deaths in railway accidents

2,858 daily-wage labourers died by suicide in 2019 in TS, making it fourth-highest in the country

908 farmer deaths by suicide were recorded in TS in 2018. The State has comparatively improved its numbers in 2019

Now we are on Telegram too. Follow us for updates
TAGS
NCRB Farmer suicide