Transfer of 84 power staffers still in limbo in Telangana

The Telangana power utility is yet to pay salaries to 84 staffers from Andhra Pradesh that were transferred to the State following a Supreme Court direction.

HYDERABAD:  The Telangana power utility is yet to pay salaries to 84 staffers from Andhra Pradesh that were transferred to the State following a Supreme Court direction. Two of these employees recently died of Covid-19.After Andhdra Padesh refused to employ 1,157 power sector employees after they were allotted to the State, the Supreme Court had appointed a committee to settle the dispute. 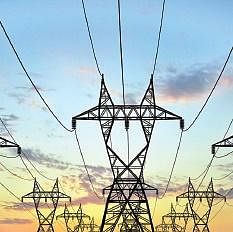 The employees demanded that they should be paid salaries and provided medical facilities, especially during the ongoing Covid-19 pandemic. “Some of us have not got our salaries in the last 10  months, while some have not been paid in the last five months. To add to the owes, an AAO and ADE died of Covid-19. Their families are left in the lurch,” an power employee told Express.

Now we are on Telegram too. Follow us for updates
TAGS
Telangana power utility