Fly on the wall

While the Congress may have allowed Himachal CM Virbhadra Singh to run the poll campaign, the party has named veteran state leader Vidya Stokes as head of the coordination panel  for the key elections

While the Congress may have allowed Himachal CM Virbhadra Singh to run the poll campaign, the party has named veteran state leader Vidya Stokes as head of the coordination panel  for the key elections to keep an eye on the leader. 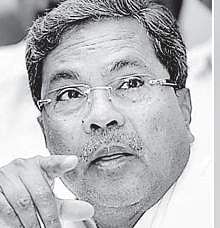 40% seats on all trains on the Mumbai-Ahmedabad route go vacant, causing a loss of `10 crore per month to the Railways, the same route for the proposed `1 lakh crore Bullet Train project

“Everyone who lives here is a Kannadiga. Whoever lives in Karnataka should learn Kannada and make their children learn it too. I am not against learning any language. But if you don’t learn Kannada, it means you’re showing disrespect to the language.” -
Siddaramaiah, Karnataka Chief Minister

“The Army said they can build a bridge in a short span...We are taking the Army’s help in building a new foot overbridge at the Elphinstone Road station and at two other suburban train stations in Mumbai.” -
Devendra Fadnavis, Maharashtra Chief Minister

“The Army was to be a measure of last resort to be called upon in extreme emergency. Now it seems like its the 1st (first) number on the speed dial.” -
Omar Abdullah, National Conference’s Working President and former CM of J&K