Fly on the wall

Rs 17,000 cr suspicious deposits were made in banks after demonetisation on November 8 last year and 58,000 accounts were being scanned

Rs 17,000 cr suspicious deposits were made in banks after demonetisation on November 8 last year and 58,000 accounts were being scanned

Rs 87 cr suspect cash, 2,600 kg gold and precious metals were intercepted by the Central Industrial Security Force at airports in a year since demonetisation

“To protect Indian culture is to protect gau (cows), Ganga, and (goddess) Gayatri. If any person indulges in cruelty to cows (leave aside talking of killing of cows), he will find himself behind bars.” Yogi Adityanath
Uttar Pradesh Chief Minister

“Demonetisation was organised loot and legalised plunder. Nowhere in the world has any nation taken such a drastic step that swept off 88% of the currency. It has broken the back of small businesses.”
Manmohan Singh former Prime Minister and economist 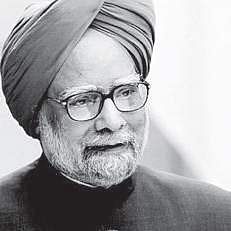 “Delhi has become a gas chamber. Every year this happens during this time of the year. We have to find a solution to crop burning issues in adjoining states.” Arvind Kejriwal, Delhi Chief Minister and AAP convenor

“Mr Kejriwal is a very peculiar person. He has his own viewpoints on everything without understanding the situation. If I have 20 million tonnes of paddy straw, if I ask the farmer to store this, farms will be covered with the paddy straw. Mr Kejriwal doesn’t understand this problem.” Amarinder Singh, Punjab Chief Minister