The state Cabinet is divided on the issue with some ministers opposing the move of Punjab Chief Minister Capt Amarinder Singh. 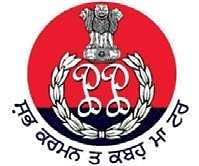 Sources said the newly-elected Congress government had proposed in June that the post of IGP (Zone) be abolished as there already exists Senior Superintendent of Police (SSP) who heads the district. The SSP reports to the DIG Range, who reports to IGP (Zone) as there are four zones.

In the new setup, the SSP will report to the IGP (Range) as the post of IGP (Zone) and DIG (Range) will be abolished. As the state will have seven Police Ranges (Amritsar, Jalandhar, Patiala, Bathinda, Ropar, Ferozepur and Ludhiana), each will be headed by an IGP. These ranges are currently headed by DIGs. State service officers (Punjab Police Service) are opposing this move as they retire as DIGs, and the only field posting of DIG is Range. If this post is upgraded, they won’t get any field posting.

“I didn’t object to the move but said in the Cabinet meeting that it may impact the careers of Punjab Police Service (PPS) officers. While IPS officers get many important field, postings PPS officers should also be given equal opportunity, said Rural Development and Panchayats Minister Tripat Rajinder Singh Bajwa.