Women achievers show the way in UP

The 10th edition of the Sunday Standard Devi Awards was held in Lucknow on Wednesday. Eleven women were felicitated for showing dynamism and innovation in their line of work.

By By Namrata Sahoo

The 10th edition of the Sunday Standard Devi Awards was held in Lucknow on Wednesday. Eleven women were felicitated for showing dynamism and innovation in their line of work, and presented with trophies by Uttar Pradesh chief minister Yogi Adityanath. The event was held at the CMS Auditorium in Gomti Nagar Extension, and attended by over 600 people. The chief minister entered the hall and was greeted with a shower of flower petals by the young girl students of City Montessori School.

The formal event began with a beautiful rendition of Vande Mataram, performed by the school students and teachers. In his welcome address, Prabhu Chawla, Editorial Director of The New Indian Express (of which The Sunday Standard is a part), said, “The Devi Awards have been created to felicitate women who are working to change society through their dedicated efforts but don’t necessarily get recognition for their work.”

Cheers reverberated through the packed auditorium every time a Devi climbed on stage to receive her award. ‘Shooter Dadi’, a feisty 86-year-old sharpshooter from Baghpat was the oldest Devi to be honoured, and got the most claps. The youngest was Zainab Khan, a Bal Pradhan from Chandora village in Meerut. Every awardee symbolized a victory over traditional norms and the societal structure that often hold women back. As each winner’s story was told, the audience got to know how she had fought her personal battle and overcome the obstacles that came her way. In addition to the shooter and Bal Pradhan, the winners included two educationists, two social workers, a doctor, a banker, a designer-entrepreneur, a policewoman and a health activist.

In his address, the chief minister said he was delighted that the Sunday Standard was felicitating women working in different fields because women needed all the encouragement they could get. He said he had noticed on his visits to the state’s rural areas that more girl students were present in schools than boys. When the government set out to felicitate the toppers of UP’s Class 10 and 12 this year, it discovered that the large majority was girls, he said admiringly.

It was fitting that UP’s Devis were being honoured a fortnight before the country started worshipping the Devi, he said in reference to the upcoming Durga Puja. Calling out the hypocrites in society, he said: “On one hand people pray to the Goddess; on the other they kill girls even before they are born. Society must come together to curb this menace.”

For Giving  Dignity to the Widows of  Vrindavan 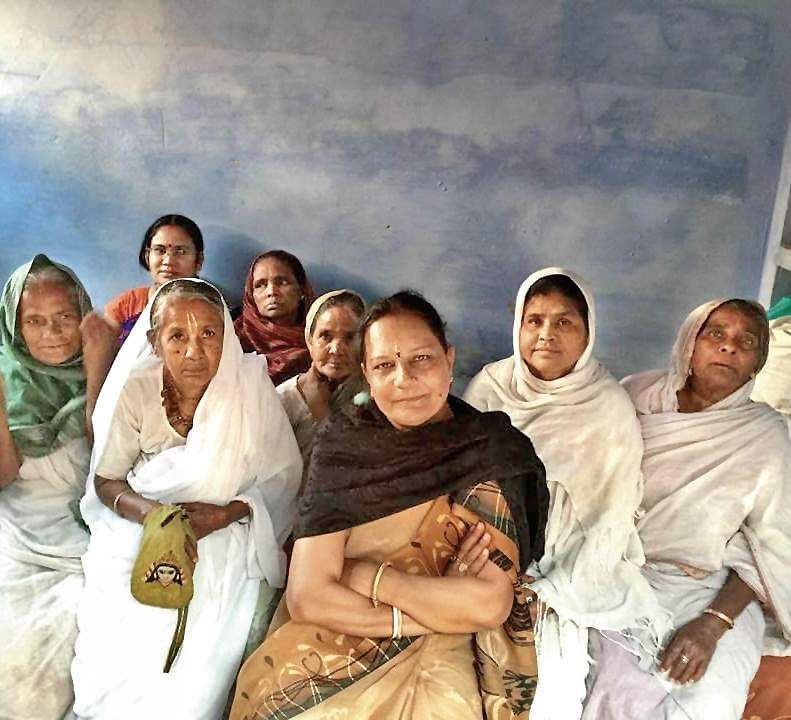 They call her the ‘Angel of Vrindavan’, and justifiably so. Lakshmi Gautam, who served as the deputy mayor of the city in 1995, has dedicated her life to improving the life (and death) of the widows who throng the town, many of whom have been abandoned by their families.

For the living, Gautam and her foundation Kanak Dhara — which she launched in 2010 — provides freshly cooked meals, bedding, medical supplies and emotional support. But it’s her work for the deceased widows that’s truly remarkable. Gautam locates the dead bodies of widows who die in the streets, with no one to cremate them, and provides them with a dignified funeral. There have been instances when she’s had to place the women on the pyre herself. “It’s the living who harm you, not the dead,” she says.

For Designing a New Life Through Jewellery

Puja Shahi of Deoria district was never very good in studies, but she was good with her hands and enjoyed creating objects with thread. Despite her limited resources and the opposition of her conservative family, she learnt macramé jewellery designing online, using her smart phone, and started making trinkets and selling them in nearby schools and colleges.

Her work was spotted by a marketer, who was blown away by them, and Deoria Designs was born. Today, Shahi not only creates and sells one-of-a-kind macramé jewellery, she also trains women from her village in the art so that they too can become self-sufficient.

For Bringing Hope to Cancer-Affected Children 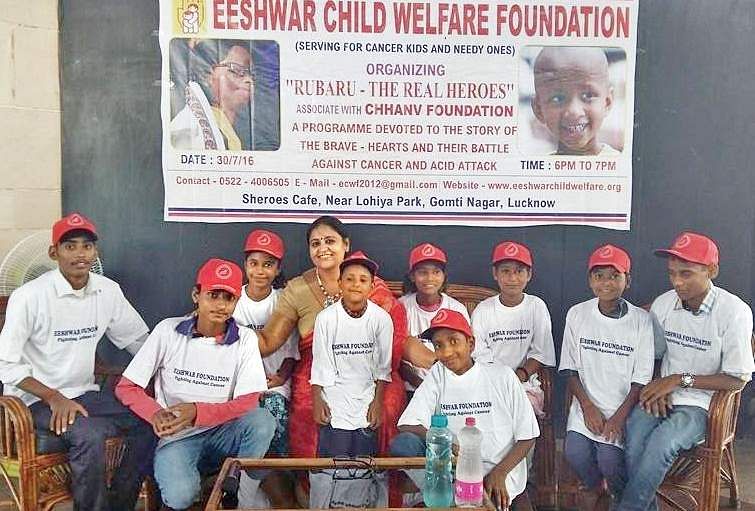 While watching children battle cancer, Sapna Upadhyaya realised that many of them suffered more because their families couldn’t afford the expensive medicines and treatment. She decided to try and change this and set up Eeshwar Child Welfare Foundation to help “needy, innocent children who deserve to live a healthy life”.

The Foundation started out by building  Aasra, a shelter for the kids’ families to stay during their treatment, in Lucknow. Upadhyaya also helped set up Annapurna Bank, which takes grains and pulses as donation to feed the children and their families. Eeshwar has helped about 6,000 kids so far.

For Being a Shooting Star 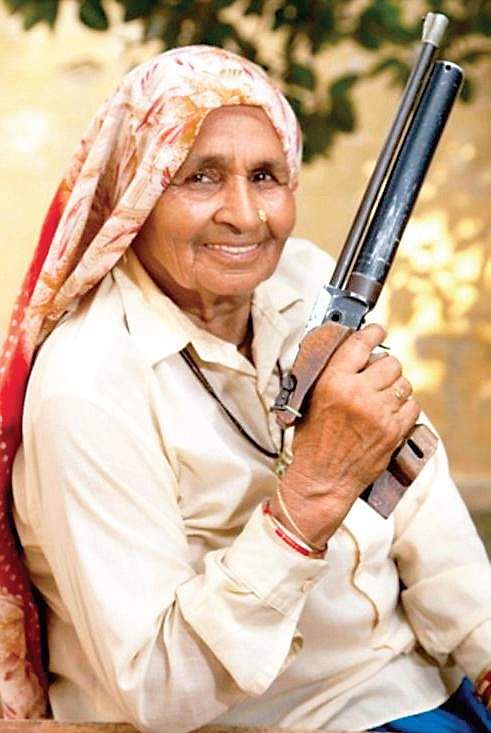 Eighty-six-year-old Chandro Tomar has been recognised by the Ministry of Women and Child Development as India’s oldest woman sharp-shooter. Hailing from UP’s Johri, Baghpat, the octogenarian began learning shooting only in 1999, when she accompanied her granddaughter to a rifle club, and decided to try her hand at shooting.

The coach at the range saw Chandro shoot and was so impressed with her skill that he asked her to join training. Since then, Chandro has attained national fame as an accomplished shooter and won over 30 national championships. She practises shooting at the rifle club once a week and at her private range at home, in her village, in the late evenings, once she’s done tending to cattle and cooking for and feeding her large family.

For Teaching Money Matters to Women

Madhuri Singh, of Shankarpur village in Varanasi district, is the go-to person for any Dalit woman in the region looking for economic freedom. Because, for the last 20 years, she has been teaching the marginalised women of her area how to save money, operate accounts and even borrow money if needed for entrepreneurial ventures, through Garib Banks run by self-help groups. The banks, which work without any subsidy, have freed the women from the clutches of moneylenders and are helping them save up to `200 a month, up from `20-25 earlier.

For Showing Other Girls the Way to School 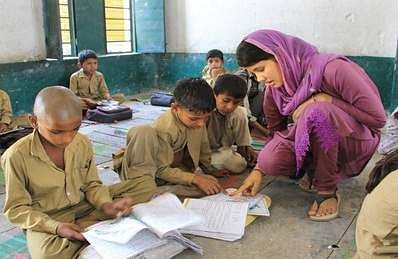 Despite having started out stitching footballs as a child labourer, Zainab Khan was the first girl in her village to finish school. It wasn’t easy. She had to travel a long way everyday from her home in Chandora village in Meerut to her school. But she was determined to stick on. Life took a better turn when she was appointed Bal Pradhan of Chandora under Nobel laureate Kailash Satyarthi’s Bachpan Bachao Andolan.

She went on to encourage other families in her village to send their daughters to school too, and ensured that they finished their education. That done, she decided to try and set up a local college so that no one had to travel too far for a degree. That project is also about to start, on land that Zainab’s father has donated.

For Making Teaching Accessible to the Inaccessible 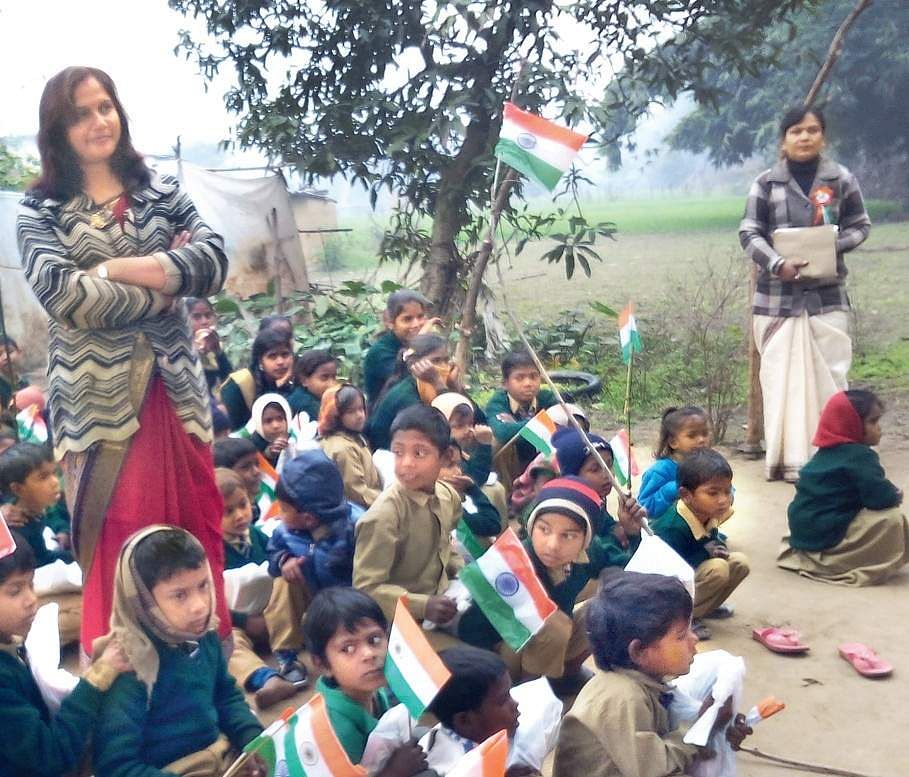 Driven by their passion to share knowledge with others, teachers Alekh Sharan and Rekha Singh didn’t think twice when they were offered an opportunity to teach the children of Vantangia village. The job required them to travel for hours to reach Teenkonia No 3 Junior High School which is set three km inside the dense forest area of Chargaon block in Gorakhpur district.

No other teacher of the Basic Education Department was ready to take up the challenge, but Sharan and Singh were more than ready. It’s been seven years since the duo committed to the mission and they’re still raring to go. With no infrastructure available, they take classes under the trees and, more often than not, arrange the tools required for teaching, themselves.

The story of Azamgarh’s Satya Singh is one of inspiration. Society was against her going out to study but she learnt to read on her own and finally joined school in Class 6. She joined the police force after getting her bachelor’s degree from BHU and went on to become Inspector, Mahila Samman Prakosht (MSP), a post she retired from in January.

Her idol is India’s first woman IPS officer Kiran Bedi, and Satya lives by the former’s motto that ‘Justice should always be done’. At MSP, she would share her phone number with the girls she encountered so that they could call her in times of need. And the girls, in turn, would tie ‘raakhis’ on her and call her their protector. And protect them she did. A decorated officer, Singh says her life mission is to keep women safe. Nandini Mishra could have been a Company Secretary but opted instead to work in the backward district of Mirzapur, where the poor are plagued by the evils of child labour, human trafficking and money lending.

Along with her husband, she set up the Mahila Prabodhini Foundation in 1997 and has been working since for the upliftment of socially and economically backward women and their children. She has so far managed to create over 8,500 Women’s Self Help Groups that cover roughly 1.5 lakh women. Empowering women is the mission of Mishra’s entire movement.

For Fighting Against Female Foeticide

A gynaecologist by profession, Dr Neelam Singh is the founder and Chief Functionary of Vatsalya, an NGO aimed at combating sex-selective abortions and declining sex ratios. The good doctor is considered to be a one-woman army, leading her NGO (that she founded in 1995) in the fight against female foeticide in the rural areas of Uttar Pradesh.

Singh decided to set up her NGO after being bombarded with requests for sex determination tests from expecting parents, and seeing the high incidence of female foeticide at her work place. She is also an expert in the field of gender and adolescent health issues, and was awarded the Acharya Vinoba Bhave National Volunteer Award in 2001 for her good work.

Now we are on Telegram too. Follow us for updates
TAGS
woman achievers devi awards up