IT doesn’t take much to be humane. All it takes is a thought. An intention that will be strong enough to translate into collaborative action.

NEW DELHI: IT doesn’t take much to be humane. All it takes is a thought. An intention that will be strong enough to translate into collaborative action. The visuals from MSF India Photo Exhibition: Field of Vision bear testimony to that. The exhibition aims to highlight Doctors Without Borders India’s work in the Mediterranean refugee crisis, MDR-TB and HIV/AIDS, malnutrition, Ebola, Hepatitis C, sexual and gender based violence.

All this has been documented through photos. It’s paramount objective is to deliver emergency aid to people in desperate and deplorable situations. “As long as there are vulnerable populations in the world that don’t have access to emergency medical care, there will be a need to tell their stories,” says Sana Bég, a MSF representative. 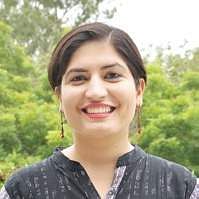 From India, the focus is on a disease called Kala Azar which is rarely spoken about, let alone actively worked on. The other aspects on which photographic works have been displayed are treating drug resistant tuberculosis in Manipur and Mumbai, malnutrition among children under five years of age in Jharkhand and providing medical assistance to survivors of sexual and gender based violence in Delhi. “We go where no one else goes to reach those most in need of medical care. Our actions are guided by medical ethics and the principles of independence and impartiality. We carry out our work with respect for the rules of medical ethics, in particular the duty to provide care without causing harm to individuals or groups,” she says.

The photo from their international mission highlight the organisations work on Ebola, search and rescue operations in the Mediterranean Sea and specialised surgery and mental health counselling to victims of conflicts in Yemen, Syria, Iraq and Palestine.

These photographs are a beautiful example of how documentary photography allows for a straight-forward conversation without camouflaging reality. It chronicles the essence of an emotion with acute detail and never once gives into superficial demands. Each visual story in MSF India Photo Exhibition contemplative, deliberate call for action that starkly shows how hope is the most powerful thing that can be offered in times of anguish. It’s a truthful narrative with a portrayal of humanitarian endeavours that go beyond borders, but also beyond colour, cast, rase and class.

MSF India Photo Exhibition: Field of Vision: June 24, from 12 noon to 5 pm, at 22 M Block, Main Market Second Floor in Greater Kailash I. It is open for viewing  for all.