Finding meaning in an ancient epoch

It has been expanded, interpreted and adapted in various ways but with one intention—to preserve human values and virtues.

From the time Krishna-Dwaipayan Vyasa authored the Mahabharata in the form of an epic poem narrating the dynastic struggle for the throne of Hastinapur, it has brought to light, the many layers contained within this epic story. It has been expanded, interpreted and adapted in various ways but with one intention—to preserve human values and virtues. It’s latest rendition, also called  Mahabharat, is presented by actor and thespian Puneet Issar, who brings forth Duryodhan’s version of reality and truth as he saw it. With the retelling of this philosophical discourse, it has once again strengthened its position as one of the most revered epics of ancient India. 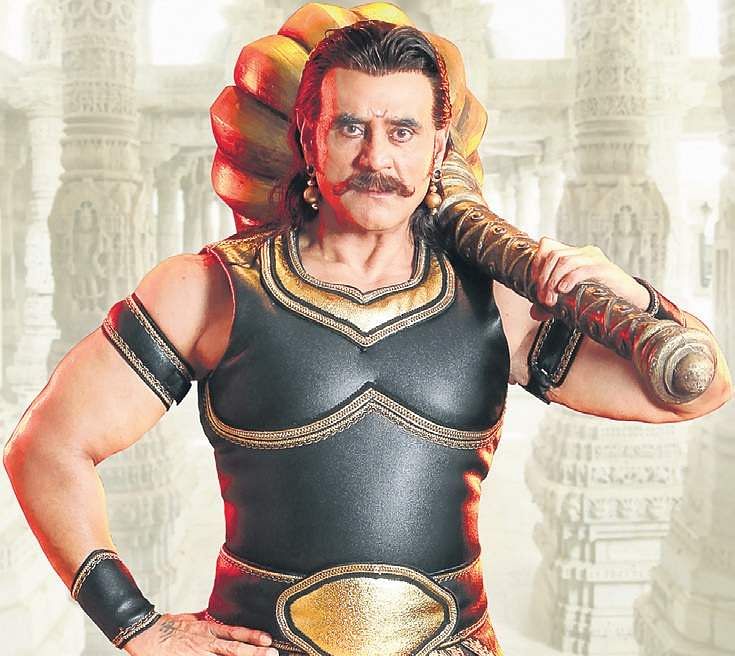 Mahabharata is not new to Issar. He has played Duryodhana in the popular television show called Mahabharat. “It is one of the closest subjects to my heart and I have wanted to put it on stage for a long time. Without hesitating for a second, I went right into it,” says Issar.

Besides being a historic resource, the epic is also a spiritual anchor and a repository on human conduct. “The moral message that Mahabharat conveys, and which will be relevant for lifetimes, is that it has Mahabharat has answers for every problem on this planet. The human race is, at any given time, facing a war of Kurukshetra at all levels—mental, physical, emotional and spiritual. Mahabharat teaches you what to do to evade self-destruction,” he says.

Issar’s version is a poetic rendition revolving around Duryodhan. It’s about the friendship between him and Karan, associations with elders of the Kuru clan and Draupadi. The narration has been done by Meghna Malik playing mother earth.

“The genesis of Mahabharat is Duryodhan. There would be no Mahabharat if there was no Duryodhan. We decided to research and present the unheard part of Duryodhan’s personality,” he says.

Issar’s conviction about the way he wanted to direct the play was unshakable. In fact, conviction is one thing, he believes, helps any standpoint. Once that is achieved, a plot can be developed successfully. “What I try to add are messages keeping in mind the current life situations,” he says.

His greatest virtue is that he is meticulous. Ambiguity doesn’t exist in his scheme of things. He always operates within a plan. In fact, untill he has a blueprint ready on paper, he never leaves home to execute anything. It is a characteristic that has made him focus on the important things in life without wasting time planning and re-planning.

All this has also taught the artist a lesson in patience. Difficult times have become easy to sail through because of his forbearance. He can watch his emotions pass by without them jostling him. It’s taken practise but he has achieved a great level of balance. “Life is like the line of the electrocardiogram. If there are no ups and downs, you cease to exist,” he says. With that he marches on to the rehearsal stage to play out a part that is he not just acting, but also living.

Now we are on Telegram too. Follow us for updates
TAGS
Mahabharata Krishna-Dwaipayan Vyasa Ancient epoch