Of flirty hems and romantic ripples

Eshaani Jayaswal has launched her AW’19 Collection titled The Dreamers by blending unique and distinctive silhouettes with innovative use of appliqué.

Eshaani Jayaswal has launched her AW’19 Collection titled The Dreamers by blending unique and distinctive silhouettes with innovative use of appliqué. For The Dreamers, Jayaswal was inspired by the TV series Most Beautiful Things, various art movements, but above all, the idea of the modern 21st-century woman who loves to embrace her feminine side. 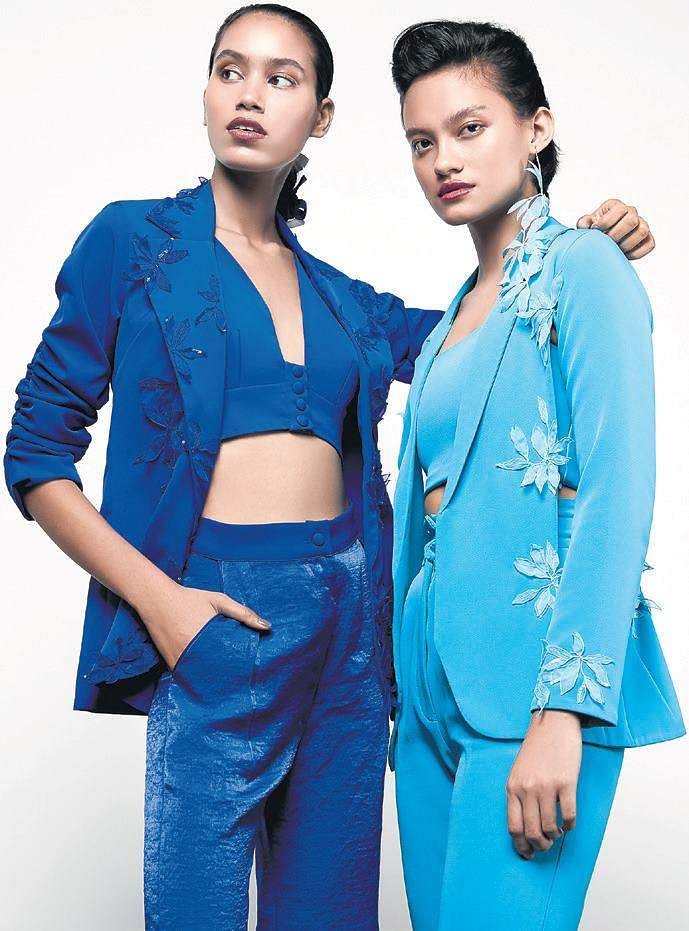 “My collection weaves the story of a modern woman’s dreams and aspirations. And how she works towards achieving them,” shares the 34-year-old Kolkata-based designer.  In this collection, she has played with hems and lots of ruffles. “The silhouettes are flirty yet romantic, thus, mirroring the playful side of women. These are embellished with appliqué and handcrafted flowers and leaves. You can see a beautiful play of abstract embroidery creating a three dimensional texture,” shares the NIFT graduate.

The new collection is in darker tones, like the various shades of dark blue and black. In terms of fabrics, she has used crepes, silk organza and nets.

Jayaswal launched her eponymous label in 2009 and within a year started supplying to stores in Delhi,  including Agashe and Aza. Talking about the city, the designer says, “Delhi has always been a great market for me since the beginning. Initially, I specialised in brocade applique and played with vivid colours, which were not widely available in Delhi then. I believe people in Delhi really love my designs.”

Now we are on Telegram too. Follow us for updates
TAGS
Eshaani  Jayaswal