Aditya Dhar has been enjoying the accolades for his debut film Uri long distance.

Aditya Dhar is feeling the josh

Aditya Dhar has been enjoying the accolades for his debut film Uri long distance. The young director’s war drama bagged four National Film Awards including one for Best Director. Obviously Dhar was both chuffed and surprised. But he’s not letting the attention go to his head.

The director has been in Los Angeles, USA for almost five months, prepping for his next mega feature, a two-part film which will be a modern take on Ashwathama from the Mahabharata.

Dhar has kept his producer Ronnie Screwvala’s words in mind: “He always says, ‘All glory is fleeting’, so it’s better to keep one’s head down and concentrate on work rather than worry about what the rest of the world is doing.

Being here in the US is also a break from the attention and distraction,” says Dhar.

Director Nikkhil Advani took his time selecting his next project after Katti Batti and Hero (both in 2015). But he says he did not pick Batla House. It was actually the screenwriter Ritesh Shah who approached Advani to direct it.

Advani did put his own spin on the story though, converting it from a procedural story of what happened or what did not happen in the real-life event of 2008.

Advani gave the story a human angle, approaching it from the POV of the wife as well as the police.

Advani has said of the film, “I like how polarised opinions are on the case and felt it is an important story to tell right now.” Batla House, which released on August 15, features John Abraham as the police officer.

Surveen’s got her Game face on 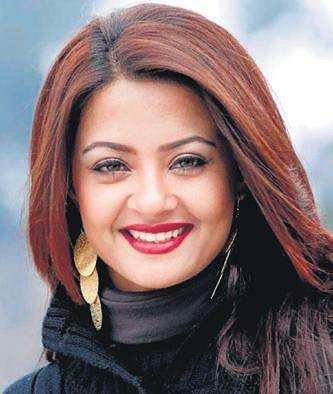 In the first season of the series Sacred Games, one hardly saw Jojo Mascarenhas, but those who did watch the show would know the fate that awaits Ganesh Gaitonde’s sassy 3 am friend.

Surveen Chawla, who was seven months pregnant while shooting her portions for the second season, loves that most of the women in the adapted work are intelligent and badass.

Ask her if her pregnancy affected the shoot and Chawla says, “We stayed true to character and only in a couple of places could we not take a full-length shot.

That was the only adjustment. For the most part, I was pampered to the next level,” said the former television actress who moved to Hindi and Punjabi cinema.

With Sacred Games, she’s back to an episodic format. When asked how different it is from TV soaps, Chawla said, “Content is so important and here there is ample mind-space to enact a scene.

TV does not give you any time. You are handed a scene and told this tape has to go now for a telecast that’s happening tonight. With web series like Sacred Games, this has changed.”

The film follows the life of Kanai Chakraborty, a visually impaired man of little means who chooses to swim competitively rather than be forced into a demeaning life.

Sen spent years filming and following Kanai, including filming the entire 81 km-swimming race in the Ganges River that Kanai participated in. It is more than just a ‘sports’ film (the category it got awarded for).

It’s an inspiring and positive human story. Sen, who has also won numerous international awards, is passionate about this form of storytelling.