Rough ride: Brakes on the autobahn

There is panic in the automobile industry as the biggest slump in decades takes a toll of jobs and people laid off struggle to run their home. Jonathan Ananda and  Mudita Girotra examine the reasons.

By Jonathan Ananda and Mudita Girotra

Thirty-two-year-old Rajbir joined as the core man at the casting plant of an automobile company on the outskirts of Delhi more than a decade back for a salary of Rs 5,500.

Over the years,  Rajbir, who hails from Rajasthan’s Alwar, became an expert in his job of engine head casting and rose through the ranks to earn Rs 20,000 per month. That’s when he was suddenly asked to leave on June 22 this year.

“It was a Saturday,” he recalls. “I was on the B shift but when I went to work, someone at the entrance told me that the company was confiscating everybody’s gate pass. I went and that’s exactly what happened. They took my card and asked me to leave,” Rajbir said, adding that 17 people were laid off on May 30 and as many were  asked to leave along with him.

“We had been doing the same job for 10 years. I was recruited immediately after I finished my ITI. I don’t have any other training but will have to find just any job so I can earn my bread,” he said.
Rajbir is among lakhs of people who have lost jobs due to the prolonged crisis that has overtaken the automobile industry. A majority are temporary workers.With a 9-year-old son and his wife to take care of, Rajbir has been on the job hunt with three other friends. “There has been no success so far,” he rued.

MID-LIFE BLUES
“We are least selective about the job we get now but it’s hard to settle for a company that pays Rs 8,000. If I were an 18-year-old, employers would have had some trust that I would work hard. At this age, it’s difficult to convince them, that I too can,” he added.

The circumstance rankles. “Is it fair for a company, which never shared its profit with its employees in good times, to dismiss us like this?” 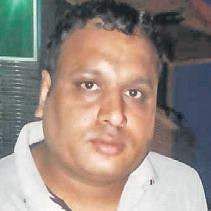 Rajbir’s son is enrolled at a school in the city and he can think of going back to his home town only after his son completes this class.

“Till then, I will have to work somewhere for lesser salary,” he added
Kuldeep Janghu, general secretary, Maruti Udyog Kamgar Union, Gurgaon, said: “We have a policy of temporary workmen who work for 7 months. We have flexible manpower that we hire from Industrial Training Institutes.

Said Ajmer Pradhan, workers’ union president at the Maruti plant in Manesar: “There hasn’t been any job loss at our plant as of now. The situation is under control.

There are ups and downs in the market...not just in Maruti but in the entire sector.” Pradhan said there were various factors affecting the industry and “28 per cent GST is a big reason”.

“The government doesn’t have a clear picture. The mandate to convert BS4 engines to BS6 has left the industry with more inventories and loss and the lower production rates have affected scale of business, forcing men out of jobs in certain areas,” he said.

Talking of other possible repercussions, Pradhan said: “The permanent employees may not lose jobs but there are chances casual workers might suffer.

We might also lose jobs if the situation gets worse.”In fact, job losses triggered by the prolonged slowdown in automobile sales continue to mount, with industry representatives saying that companies across the value chain have begun shedding manpower.

From finished product makers like Maruti Suzuki to auto component makers and dealerships, industry bodies have disclosed that manpower has shrunk by around 3.5 lakh over the last two-three months and analysts say there doesn’t seem to be an immediate recovery in sight, unless expected government measures to provide some kind of stimulus bears fruit.

The month of July capped a eight-month long contraction in sales with the deepest plunge in nearly two decades with overall demand tanking 18.71 per cent year-on-year.

Passenger vehicle sales contracted by a whopping 31 per cent during the month, as did commercial vehicles (25.71 per cent) and two-wheelers (16.82 per cent).

Almost all major manufacturers have already cut down on production days, and plan more going forward, with data from the Society of Indian Automobile Manufacturers (SIAM) showing that overall production fell 11 per cent in July and 10.65 per cent between April and July, 2019.

Job losses have also mounted both up and down the value chain, with the Federation of Automobile Dealers Associations saying that around 2 lakh jobs have been lost over the last three months, with another 32,000 having lost their jobs when 286 showrooms closed down in the 18-month period ending April this year.

Component makers have also been hit by slowing production at the OEM level. Vinnie Mehta, director general, Automotive Component Manufacturers Association, said the last three months have seen component makers, most of whom are small tier-II or tier-III firms, cut 1 lakh jobs, with another 10 lakh workers in danger of losing theirs if the slowdown continues.

“Shutdowns happen at automobile manufacturers sometimes, when they manage inventory, but it generally doesn’t happen at the component level. But, many companies have had to prune manpower and many small ones have stopped production.

The gravest consequence is the job losses,” Mehta said, adding that industry was “panicking at their prospects without relief”.

“The larger problem is the loss of skilled manpower. Many of those trained go back to their home town or take up other jobs, and we cannot be sure they will come back to the sector even if the situation improves.

Companies have put in resources training these workers,” Mehta added.According to analysts, the prolonged sales slowdown is the result of both falling consumption at the macro-level and a series of regulatory changes resulting in increased costs converging at the same time.

“The demand environment remains impacted by the macro slowdown. During July, the on-ground situation was also exacerbated by the lean monsoon period. This had led to impact across segments,” said Vivek Kumar, sector analyst, JM Financial Services, in a research note.

Analysts also point to other factors that have exacerbated the crisis: the liquidity crisis in the NBFC sector, triggered by the collapse of IL&FS group in the second half of 2018, resulted in narrowing access to credit affected commercial vehicles particularly hard; a government-mandated increase in personal accident insurance cover saw insurance costs rise significantly in the two-wheeler segment; revised axle load norms increased the permitted carrying capacity of commercial vehicles, “resulting in removing around 20-25% of the market,” according to Mehta; and the slowing of disposable income growth.

“The gap between disposable income growth and inflation has been narrowing.

There has also been a decline in the household savings over the past few months, indicating that people have been dipping into their savings more.

Such an environment nudges consumers to stay away from big ticket purchases,” Kumar Kandaswami, partner, Deloitte, pointed out.The industry has been seeking short-term measures to reverse the decline, including a cut in GST rates and easing access to credit for all stakeholders.

Now we are on Telegram too. Follow us for updates
TAGS
Auto Industry Autbahn Automobile