The Satpula lake, which was once believed to have magical healing powers, is set to be revived by the Delhi Jal Board to address depleting groundwater level in the city.

NEW DELHI:  In its heydays, Satpula, 14th-century weir, located near Khirki Village in south Delhi attained the status of pilgrimage of sorts. Devotees in large numbers would throng the site especially on Saturday, Sunday, and Tuesday during Kartik, the eighth-month of Hindu calendar before Diwali (corresponding with October and November), to get rid of sickness or influences of magic cast upon them. Sayyid Ahmed Khan in his book ‘Asar-us-sanadid’ (The Remnants of Ancient Heroes) wrote that Muslims would consider Satpula lake water sacred as Ganga Jal and take it in utensils or small earthen pots as tabarruk (benediction).

Believing that the water could cure all their ailments, Hindus took bath in the pond too. “Women bring their children to bathe them in this water and also take it away.

Men too come and bathe here and say that all effects of magic performed by evil persons are washed away,” says English translation of the book by author Rana Safvi. 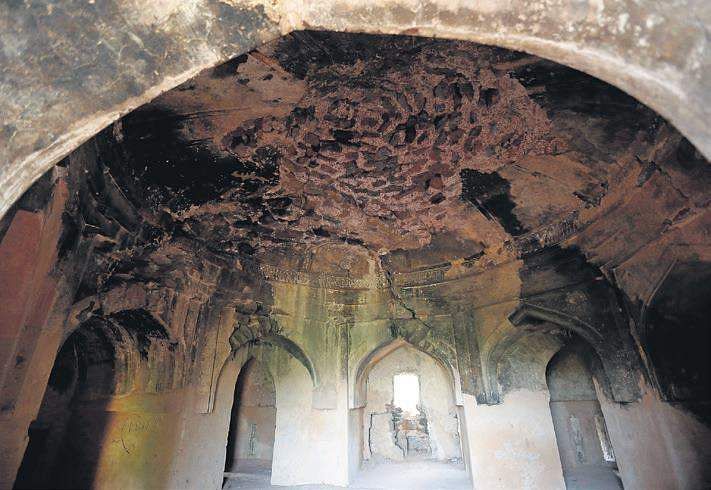 Sohail Hashmi, author and filmmaker, who conducts heritage walks, explained how this belief about ‘healing power’ of water had come into being. “One day, Nasiruddin Mahmud Chirag Dehlvi was spotted performing wuzu (ablution) for the evening prayers at the lake.

The news spread because he touched the water, it had become sacred after which people began distributing it as tabarruk.

An annual fair was also organised at the lake site in which people from far off places participated and fetched its water. Earthen pitcher seller in the vicinity would mint money,” he said.

Nasiruddin was the 14th-century mystic poet, who was the disciple of sufi-saint Hazart Nizamuddin Auliya.

The tradition of visiting Satpula on pilgrimage continued for centuries. Later, the caretakers of Nasiruddin’s shrine started selling water to devotees.

According to Hashmi, some remnants left of Satpula Lake in 1920 and till 2003-2004, had stagnant water. However, the water body, at present, is dried up completely but the barrage, which was built by Muhammed Bin Tughlaq (1325-51), has survived.

The ancient structure was an original part of the fortification of Jahanpanah, is under the jurisdiction of Archeological Survey of India (ASI) and the water body (land) is owned the Delhi Development Authority (DDA).

This lake along with 11 water bodies is set to be brought to life. Alarmed with the depleting groundwater level in the national capital, Delhi Jal Board (DJB) has planned to rejuvenate them.

The weir originally created to regulate water for irrigation will help to recharge groundwater, said Dinesh Mohaniya, Sangam Vihar MLA, who is also vice-chairman of DJB. “Soon, a consultant will be appointed,” he said.

The lake was spreading over a large chunk of land on the downstream of the barrage, where the colony of Delhi Metro employees and Saket district courts complex stand now, said Hashmi.

“Barrage had created a big lake at site. Farmers of adjoining villages—Khirki, Hauz Rani, and Said-ul-Ajab—would use its water for irrigation purpose. DDA dug up the area on the downstream, where the barrage was. There used to be a ditch filled with stagnant water. It has dried up and local kids play cricket there,” he said.

Noted historian and former professor of Delhi University Narayani Gupta said that not only, revival of the lake, but landscaping of the site should be undertaken.

“In 1983, the Conservation Society of Delhi has made a proposal to then lieutenant governor of Delhi Jagmohan to take up Satpula and Khirki and connect them to develop the area as a big garden on the line of Lodi Garden, where the central point could be the dam. This could be more exciting than Lodi tombs. Later, the land was given to hospitals and colleges. However, the proposal is still workable. We can still do salvage but it would be just a section of what it used to,” she said.

The project could take eight months to complete

The seven-arched weir got its names because of its seven arches; Satpula means bridge of seven openings.

It had identical towers at both ends

These octagonal chambers served as guardrooms, where security staff remained posted to prevent it from any attack.

They were, at one point of time, functioned as Madrasa (school of Islamic studies)

Now we are on Telegram too. Follow us for updates
TAGS
Delhi Satpula Lake