Supriya Sule to Rashmi Thackeray: The four women who sealed the deal in Maharashtra

The real force behind the Maharashtra Vikas Aghadi were four powerful and resolute women, far removed from each other, but working quietly and purposefully

The flow of politics in Maharashtra underlines that cut-throat politics does not win always. Soft power and soft skills do matter. That was demonstrated when three parties completely opposed to each other in principles and philosophy came together in an unprecedented turn of events to turn the tables on the BJP, which had effected a midnight coup to land in power, just 80 hours earlier.

While in the cacophonous and charged political atmosphere of the state leading to the formation of the Maha Vikas Aghadi the political brawn stood out in public, the real force behind the unlikely alliance were four powerful and resolute women, far removed from each other, working quietly but purposefully to cement the efforts by the Shiv Sena, the Nationalist Congress Party and the Congress. And how! Abhijit Mulye shifts the focus to the quietly effective foursome who won the day.

At first, to a stranger, she might come across as a short-tempered, curt woman. But, for those who know how she has created her own space in a party dominated by men, most of whom are known for their orthodox attitude, it’s her managerial skills that saw Supriya Sule of the NCP play a key role in the unfolding political drama of Maharashtra last week.

Though she had her father Sharad Pawar — who wishes her to be the heir of his political empire crafted over decades of hard work — to back her all the way,  Sule never came across as the one who got everything on a platter or got it for the asking. She took baby-steps in the field of social work and for years worked on various kinds of social projects, organising non-government organisations (NGOs) and social workers around crucial issues and got many issues resolved by confronting and cajoling those in power and authority. It was only after such training that she chose to become a Lok Sabha member. 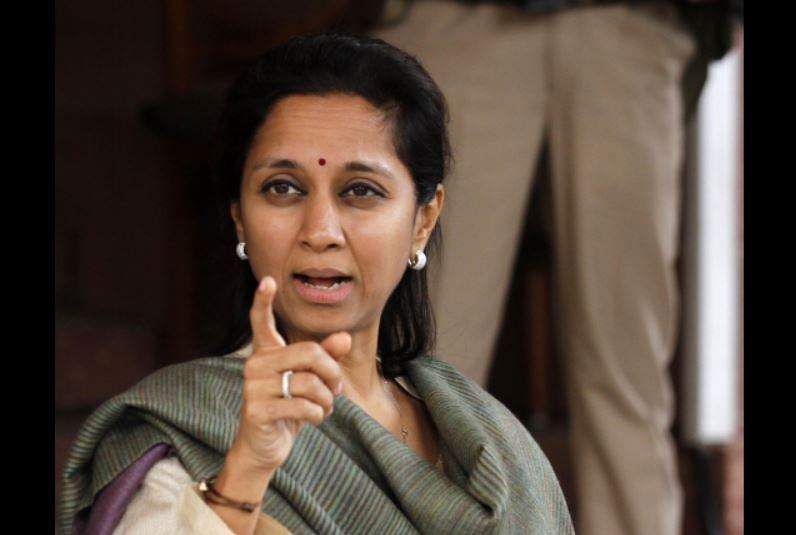 This was also the time when her father’s health issues increasingly started keeping him away from the people. Along with taking care of her father, Sule also ensured that he did not lose contact with the people. This skill of hers was most prominently visible during the recent assembly election. She was unwell herself for a brief period while her father went on a whirlwind campaign tour of the state. But, she ensured that he was given his medicines and other care on time, though she was not with him.

Her role in ensuring her cousin Ajit Pawar's return to the party fold too was crucial, party insiders say. She is emotional when it comes to family matters and blunt in the same measure when it is about politics. While describing her role in the formation of the current government in Maharashtra, former Union minister Milind Deora said, “Supriya Sule is the rightful heir to her father and NCP chief Sharad Pawar’s great legacy.” Her body language at the assembly premises on the day when all the MLAs met to take oath underlined what Deora aptly put in words.

Like her father, Supriya too has friends across the political spectrum and that wealth of goodwill was on display when she greeted each and every MLA who came to the assembly that day. Her skills were displayed at a time when the party was threatened from within and without and also left her competitive cousin far behind in political mileage. In that sense, she can be called the ‘manager’ of the mega political drama in the state. 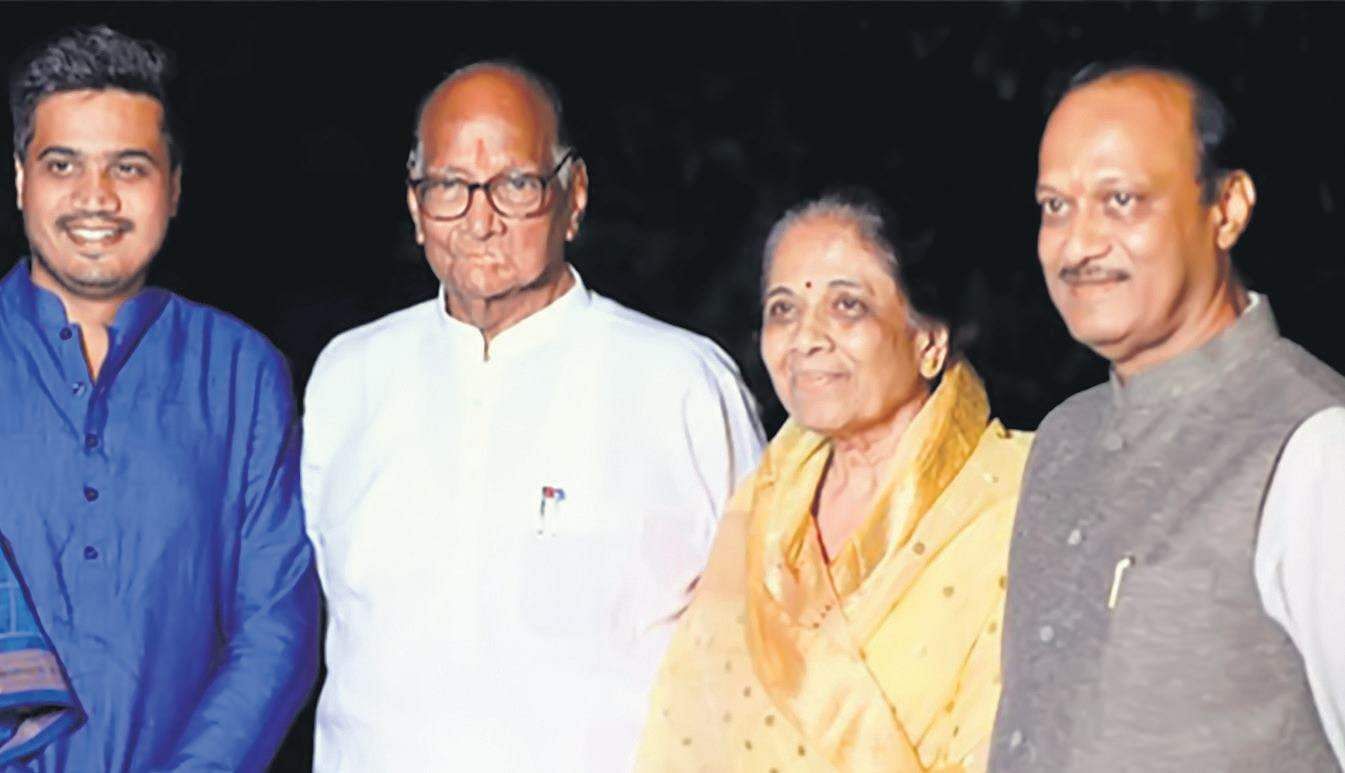 Convincing Congress president Sonia Gandhi to support a Shiv Sena-led government in Maharashtra was the biggest challenge, says a senior NCP leader, who was part of the negotiations with the grand old party. Sonia, who will be turning 73 this month, is known as a leader who patiently listens to partymen and is open to considering ideas. Allying with the ideologically opposite Shiv Sena offered one such instance, according to party leaders.

Initially, she had reservations about joining hands with the right-wing outfit but once NCP chief Sharad Pawar, MLAs from Maharashtra Congress and senior state leaders suggested that alliance is in favour to keep the party together and BJP at bay, she gave a go-ahead.

Since taking over as interim Congress president on August 10 from her son Rahul Gandhi, the decision making has picked up. Her decision to bring former Haryana chief minister B S Hooda at the helm of affairs in the state has paid off. She has been steadily carrying out changes in state units to revive the party.

“Being ideologically opposite, it took some time for the party to clarify certain sticking points. After everything was settled, she was keeping track of developments at regular intervals. After Devendra Fadnavis was sworn in an overnight operation, she was constantly in touch with Pawar while senior party leaders were made to camp in Mumbai,” said a Congress leader.

A Maharashtra MLA who received a phone call from Sonia says she made it a point to talk to each of the legislators and took their views before deciding on joining the alliance. “The party’s stand on the Ayodhya verdict and abrogation of Article 370 also shows her political acumen, keeping in mind that we are up against the BJP that can stoop to any level for electoral gains,” said the leader. 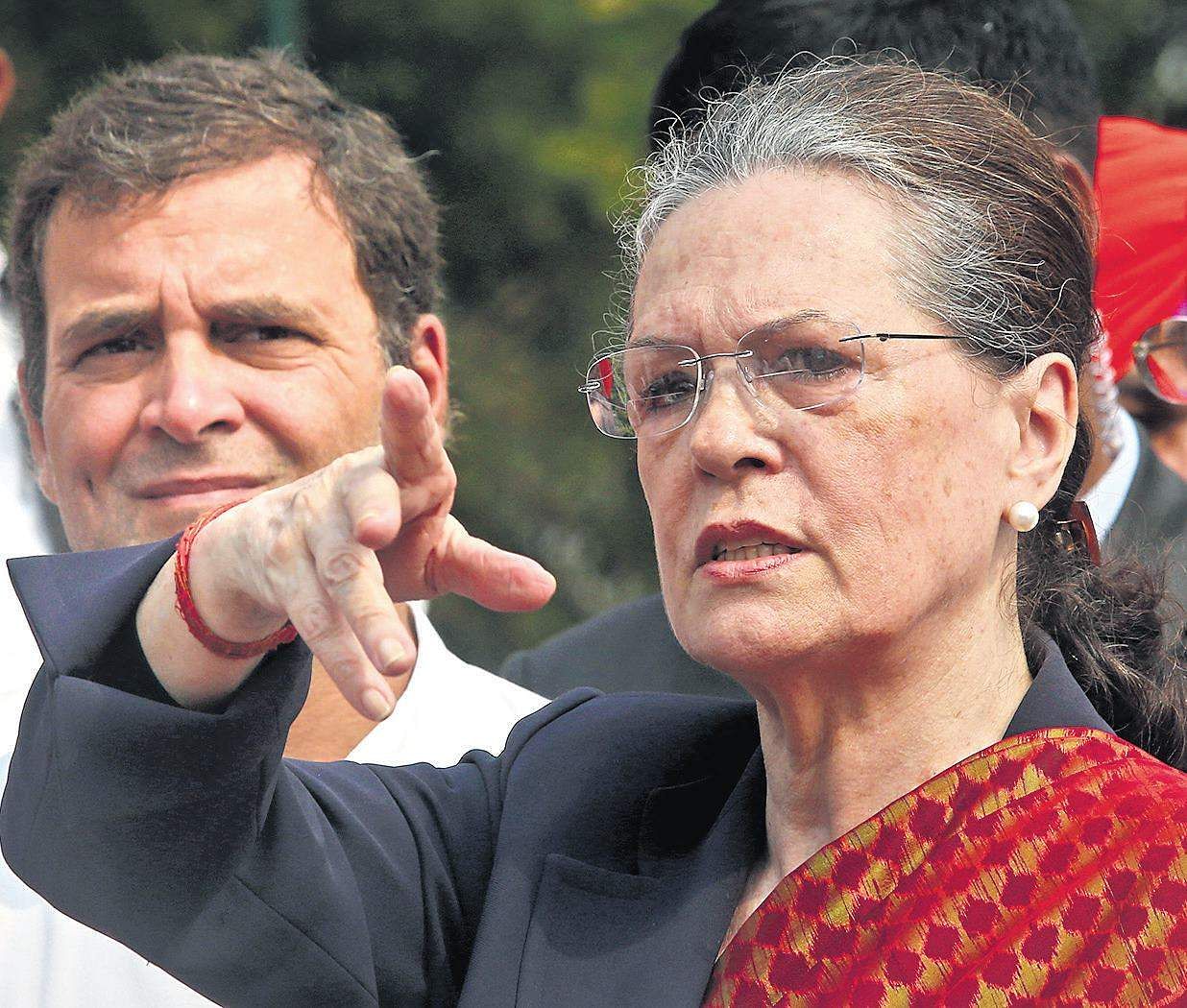 The woman behind Uddhav's rise

Just ahead of the 2017 BMC elections, this reporter was at Matoshree to interview Uddhav Thackeray. The Shiv Sena president was busy in a meeting and hence I was asked if I could wait for some time. The person who made the request was none other than “Vahini Saheb” – Rashmi Uddhav Thackeray herself. Uddhav’s urgent meeting had stretched a bit longer. A couple of other journalists were also waiting in the room that I was directed to. Rashmi came along with dishes of steaming hot ‘pohe’ for us (journalists). Upon our request, she waited with us to have a chat till her husband joined in for a formal interview.

It was not a very long meeting. But, even within those 20-25 minutes, her new, heightened status within the party organisation was prominently visible. Senior party leaders like Anil Desai and Anil Parab were dropping in to have a word with her on some issue or the other, the phones kept ringing unceasingly, and she appeared to be authoritatively releasing instructions on a variety of tasks that are undertaken in a pre-election atmosphere. That was the day when she came across as a leader in her own right of a party which has controlled the city Municipal Corporation. That too for around three decades.

Now, when her husband has taken over as the Chief Minister of the second largest state of India, Rashmi Thackeray comes forth as one of the key players who helped create the platform on which her husband stands today. People who have known the family for a long time recount stories of her as the prime driving force behind Uddhav joining politics and then rising to the top post in the state.

When Rashmi Patankar, from a humble middle-class family in the suburban town of Dombivali, became Rashmi Uddhav Thackeray in 1989, her husband was more into wildlife photography and had hardly any inclination towards politics. However, it all started changing when he moved in with his father, the indomitable Balasaheb Thackeray after he was given the responsibility of managing the party mouthpiece Saamana. It is said this was Rashmi’s decision and that brought Uddhav, the youngest among the siblings, closer to his father.

Rashmi has also assisted Uddhav in running the party after the death of her father-in-law. Not only does she head the women’s wing of the Shiv Sena, but she also is up-to-date with the internal party dynamics. This helps Uddhav to make the right decisions at the right time, party insiders say. In that sense, she comes across as the real kingmaker in this Maha political drama.

The tai of NCP

She is just not any woman but a woman of substance with a steely will.

Pratibha Pawar, wife of the NCP chief Sharad Pawar, who always remained far away from the public gaze and publicity, deftly anchored the family when it seemed to be on the verge of a split —  the political consequences of which could have affected her husband.

The matriarch of the Pawar family pursues her family interests fiercely while keeping an eye on the minutest details of each and every member of her immediate and extended family. She played a crucial role in bringing nephew Ajit Pawar back to the party fold. It was her persistent efforts, which forced the disgruntled leader to change his mind and resign from the post of deputy chief minister in the NDA government of Devendra Fadnavis at the very last minute and save the day for the new alliance.

After being sworn in as deputy CM on Saturday morning, Ajit Pawar had gone incommunicado. Later, several top leaders of the NCP tried their best to persuade him to return to the party but he indicated that he would not budge from his stand to support Devendra Fadnavis and the BJP.

However, on Tuesday, Ajit Pawar — who is like a son to Pratibha — had a sudden change of heart and decided to step down. That was the effect of the close rapport that he enjoys with Pratibhatai, say party sources.

Pratibhatai met Ajit Pawar and persuaded him to change his mind. She was upset over the split in the family over politics and wanted to prevent matters from souring further. Hence, she took the initiative to end the row, said the source.

According to sources, Pratibha was also instrumental in ensuring the NCP’s support for the Shiv Sena while the political struggle was unfolding. When senior leaders of the party were insisting that the NCP should go along with the BJP, it was Pratibhatai, as she is referred to in the family and party circles, who persuaded Sharad Pawar to support the Sena in the government formation.