The Bihar Police denied the allegations of misbehaviour with its team by Mumbai police.

PATNA: The Bihar government was ready to recommend a CBI probe into the death of actor Sushant Singh Rajput if the family wants so, state’s water resources minister Sanjay Jha, who is considered to be one of the closest political aides of Chief Minister Nitish Kumar, said on Saturday.“It all depends on the willingness of the late actor’s father or his family because ultimately it’s the family that has suffered. As far as a probe by CBI is concerned, CM Nitish Kumar will certainly recommend that if the family wishes,” Jha said. He also defended the Bihar Police’s decision to lodge an FIR and launch a probe into the case. 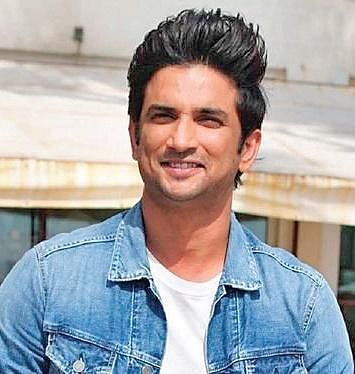 The Patna Police team, which is in Mumbai to probe the alleged suicide, is keeping a watch on Sushant’s girlfriend actress Rhea Chakraborty, who has been alleged by his father to have driven him to suicide. When asked whether Chakraborty would be interrogated, an official of the fout-member team said, “It is not required as of now. But she is under our watch.”  Another official said a notice has been sent to Chakraborty under sections of CrPC asking her to cooperate in the probe.

The Bihar Police denied the allegations of misbehaviour with its team by Mumbai police. Dubbing the allegations of misbehaviour as “rumours”, Director General of Police Gupteshwar Pandey said, “Our team had a meeting with Mumbai’s Deputy Commissioner of Police (Crime) on Friday evening. The DCP assured of cooperation... Initially, there was some confusion and non-cooperation.”