From the written world: Books to look out for in 2020

The Sunday Standard spoke with six publishing houses, primarily located in Delhi, about their top upcoming books in 2020.

Time and again a number of books have proved to influence people’s lives. And literary references, quoted at many occasions, are one of the many instances where books have claimed a diligent seat.

Understanding this, in the New Year, The Sunday Standard spoke with six publishing houses, primarily located in Delhi, about their top upcoming books in 2020.

According to Renuka Chatterjee, VP (Publishing), Speaking Tiger, their books this year carry on the publishers’ tradition of combining honest, articulate commentary on issues that matter with the best of writing. “In 2020, we have books that deal with the Ayodhya verdict, citizenship and exile, being Muslim in India, issues that are pertinent to our times. As well as fiction from veterans like Upamanyu Chatterjee, coming out with his eighth book, The Hapless Prince, to Angshu Dasgupta, who has just published his first, Fern Road.”

Publisher Zubaan Books is developing on its list of nonfiction writing by established and emerging women writers from across India. “Especially from Kashmir and the Northeastern states,” says Urvashi Butalia, editor-in-chief, Zubaan Books. “Our focus in fiction remains on translated work, including a lovely edition of Chandrabati’s Ramayan, translated from the Bengali by the incredible, late Nabaneeta Dev Sen. Our academic books this year will continue to address topics significant for feminists and for conversations shaping the nation at large, with books on privacy, feminist work in the university/academy, and more.”

According to Ritu Menon, founder, Women Unlimited, Vasant Kannabiran’s new book titled Taken at the Flood, reflects this publishing house’s 35-year-old legacy of focusing on the women’s movement. “Kannabiran’s book is part of the series of what’s happening in the country, narrated from a feminist standpoint.” Women Unlimited has also brought Ismat Chugtai’s writings time and again. This time it is The Story of Karbala, by the acclaimed writer translated from the original by Urdu by Tahira Naqvi, called One Drop of Blood. “Chughtai is a part of our very old translations programme of major Urdu writers. We just reissued Vintage Chughtai, a collection of the writer’s best short stories. We are doing a very interesting anthology of Kashmiri women edited volume by Athar Ziya and Nitasha Kaul, titled 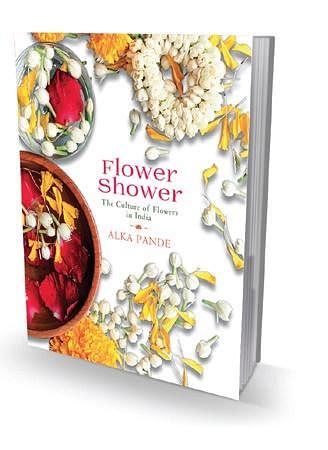 Can you hear Kashmiri Women Speak?”

Niyogi Books is making a fresh turn in the illustrated books category. As per Trisha Niyogi, Outreach Officer, Niyogi Books, there will be a bundle of brilliantly illustrated books ranging from biographies to memoirs, from socio-cultural histories to travel diaries. But apart from the illustrated books there are several books on diverse themes by the publisher. Trisha says, “This year too, we have nourished several unique ideas, to bring out exciting titles like Flower Shower: The Culture of Flowers in India, Coconut: How the Shy Fruit Shaped Our World, Article 370 explained for the Common Man, etc. We are also impregnating a few ideas like Lottery Commission, sharks, scenography and many others, and are planning beautiful books on these themes in varying formats and sizes.”

The publisher is also working on translations of Hemendra Kumar Roy’s Calcutta Nights and Anita Agnihotri’s A Day in the Life of Mangal Taram. Their Hindi imprint Bahuvachan is also going strong with 20 more illustrated titles being readied, which includes biographies of Field Marshal Sam Manekshaw, Lata Mangeshkar and Mohammad Rafi. “We are enthused about several other titles on history and travel as well. We are looking forward to an exciting new year,” adds Trisha.

One of the most important books by Yoda Press is Unafraid: The Day Young Women Took the Battle by Farah Naqvi, Sarojini N and Deepa Venkatachalam. The book demonstrates the recent Jamia incidents. Also, look at Uncivil City: Ecology, Equity and the Commons in Delhi by Amita Baviskar, about the environmental politics in the capital city.

This year, children book publisher Pratham Books will address difficult emotions such as grief, loss and depression, including narratives on gender equity. “Apart from that, we’ll have a slew of STEM books, with a focus on natural sciences especially insects and marine life, and technology. And of course, lots of humour, including the return of beloved characters in Ammachi’s Incredible Investigation, Puchku Seeks a Song and Lalita Runs Away, says, Bijal Vachharajani, Senior Editor, Pratham Books.She adds, “We’re excited to publish Jerry Pinto and Kripa B’s The Art Gallery on Princess Street, Somak Ghoshal and Proiti Roy’s Piku’s Little World, Shrujana Sridhar’s Chiu’s Power and Shabnam Minwalla and Ruchi Bakshi’s Book of Bhoots, Kamla Bhasin’s Satrangi Lakdiyaan, among many others.”

Now we are on Telegram too. Follow us for updates
TAGS
Books Zubaan Books Women Unlimited Niyogi Books Pratham Books