Laughter is the best medicine

But no, I was surprised to find that he is as dedicated to his comedy as he is to his patients and surgeries.

ENT surgeon who is also a stand-up comedian! Does this combination seem unusual to you? Well, it certainly did to me. Initially, I thought he might be some fledgling comedian.

But no, I was surprised to find that he is as dedicated to his comedy as he is to his patients and surgeries.

Meet Dr Jagdish Chaturvedi, an ENT surgeon, a doc-entrepreneur and a stand-up comedian who recently came up with a medical humour web series Starting Troubles (streams on www.hiiih.in as well as the hiiih app), which he claims to be the first-of-its-kind in India. 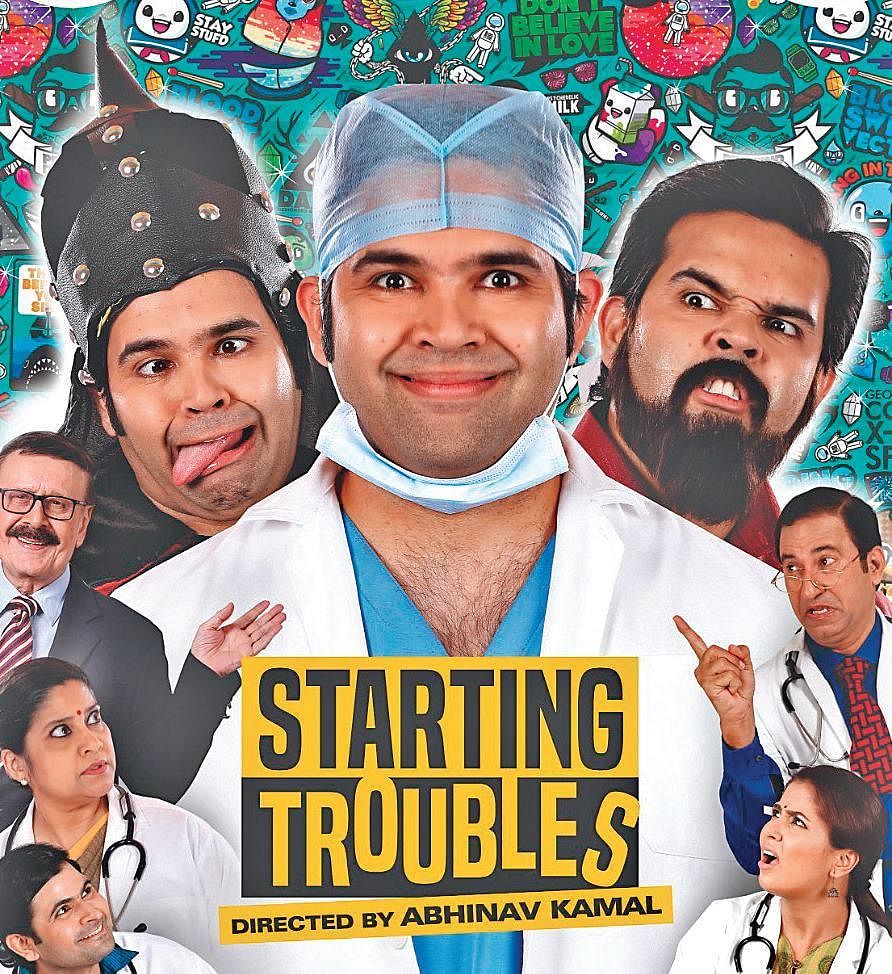 Starring Bollywood actors Renuka Sahane, Parikshit Sahni and Kurush Deboo (of Munnabhai MBBS fame) along with Chaturvedi himself, in leading roles, the series is based on the book Inventing Medical Devices: A Perspective From India, written by Chaturvedi. “It explores issues faced by medical students in India, workplace bullying, need for entrepreneurship and work-life balance, through humour,” he says.

“My book isn’t about success stories. It talks about errors that occur during the process of invention. It was one of the bestsellers under the Medical Technology section on Amazon. Recently, Dr Shweta Malik from USA read the book and reached out to me, saying that books are not read so much by youngsters these days and if we need to encourage young doctors towards innovation, it must be made into a movie or a short film or web series. She even offered to write the script. Her idea appealed to me,” explains Chaturvedi.

But medicine isn’t humour!
“Humour is important. Because when we get stressed, our body releases steroids, which leads to many problems. Humour helps in de-stressing. Creating jokes about the situations one has faced can greatly help. Secondly, one can disseminate information either by creating controversy or through humour. My experience tells me that humour spreads faster. I am trying to merge information with entertainment as it spreads faster. I have made videos sitting at workplace but they never reached anywhere. I just made fun of corona, sitting in my car and it is being watched by everyone,” says the surgeon. For those who dont know, Chaturvedi is the one who made the WhatsApp video Main Bhi Corona.

Early life
Born and brought up in Bengaluru, Chaturvedi was exposed to music and theatre early on in life. He entered the world of theatre when he was in Class 2. However, he stopped acting in professional theatre four years ago. “Theatre has been a part of my life. I acted in three-four large scale professional plays every year,” he says. But as his professional obligations as an ENT surgeon increased, finding time for theatre rehearsals became difficult. “The whole team suffered because I couldn’t report for rehearsals, which gave me a bad name in the circuit. That is why I moved to stand-up comedy as it doesn’t require any partner,” he says.

Managing time
Chaturvedi has done around 300 stand-up shows so far, and has released five videos on various aspects of Coronavirus. “I have three pockets of comedy: one is general, the second is related to the medical profession and third is about start-ups,” he says. And how does he strike the balance between his different avatars? “My clinical work and surgeries happen during the day and comedy at night or weekends. But patients are my top priority,” he says, adding his surgeries are fixed first, his OPD patients come next, while stand-up acts and other works are filled in the remaining gaps.

Now we are on Telegram too. Follow us for updates
TAGS
standup comedy