NEW DELHI:  With the surge in the Covid-19 figures in the national capital, health Minister Satyendar Jain on Saturday said the government was ready with the plan to augment bed capacity if the upward trend continues. Appealing to the people to follow Covid-appropriate behavior, Jain said strict compliance with the norms by the public was the key to reducing the number of cases, as observed during the earlier waves. The health minister said the plan to reserve beds will only be put into action depending on the situation.

According to the government, testing and tracing measures are being fully taken and the bed occupancy is one third of the total existing capacity.  Delhi recorded 3,567 fresh cases on Saturday, taking the total tally to 6.72 lakh, while the overall fatality count mounted to 11,060. Ten deaths have been recorded in the last 24 hours, according to the latest bulletin issued by the Delhi health department.

According to the official update, 79,617 tests were conducted while the number of active cases is 12,647, of which 6,569 are in home isolation. “These days Covid-19 case is not as severe and deaths are less as compared to earlier but it is coming in bunches. The spread of this virus is much faster now. What we are seeing is that entire families are being found positive, which was not the case earlier. This is the trend in the entire country,” said Jain.

The minister once again reiterated the demand of opening up the vaccination process for all age groups. The strategy on containment zones will remain the same as of now. Jain also said that as per the protocol set by the Centre, a vaccination centre requires a lot of space. The Delhi government has requested for using facilities like schools and community centres for vaccination.

“We have increased the reservation of beds to 25 per cent in private hospitals. This can be taken up to 60 per cent also if the need arises, but we are observing this situation and will take the call when we reach that stage,” added the health minister. Meanwhile, Deputy Chief Minister Manish Sisodia took first dose of vaccine. 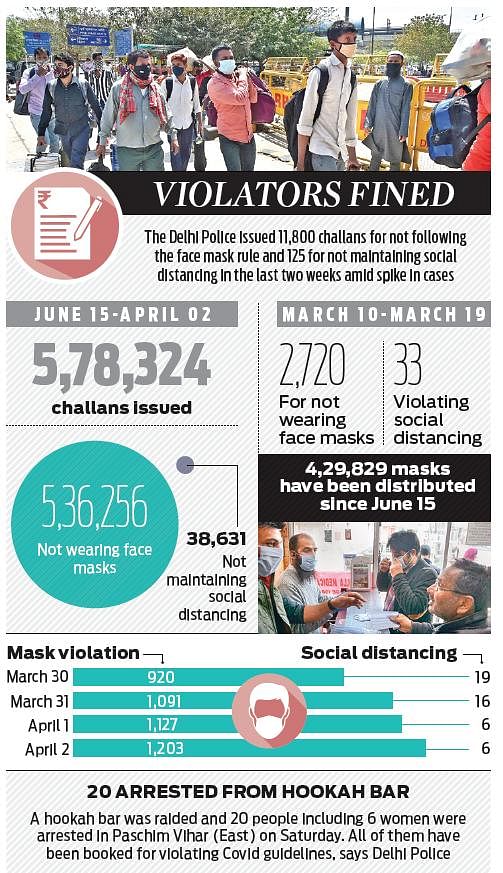 Now we are on Telegram too. Follow us for updates
TAGS
hospital beds coronavirus daily covid cases Delhi